Alasana Sanneh, along with four other employees, has dragged Tie Feng Enterprise to the Industrial Tribunal for unlawful termination of their services.

The other plaintiffs are Babucarr Touray, Abdoulie Gibba, Bakary Conteh and Tijan Bah.

The five are claiming D331, 200 being basic salaries for unlawful termination, damages for breach of contract, and compensation.

Alasana Sanneh, in his testimony, told the tribunal he lives in Ebo Town and worked as an aluminium worker at Tie Feng Enterprise.

He said he was employed on 4 May 2005 by the company to cut glasses and fix windows.

He testified that he was paid D750 and agreed that every six months he would receive D1, 950, adding that the last month of his employment he was asking for increment of his salary.

Sanneh said the proprietor then came with a letter and told him that his (the employer’s) lawyer asked him to give it to him (the witness) to leave the job.

He also said the first plaintiff was not given a dismissal letter because he was ill.

Still testifying, Sanneh said they went to the Labour Department and reported the case of their termination, and the Labour office invited the company to inquire why their employment was terminated but the company did not give any reasons.

He and two other employees received two months’ salary notice, Sanneh explained, saying that he went to receive his letter and was asked to sign to receive the money.

His colleagues received their termination letters at the Labour Department, he said, adding that he went to Labour because he had worked for seven years for the company and his service was terminated “without reasons”. 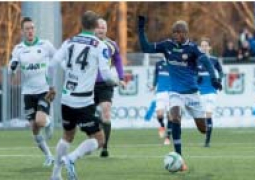 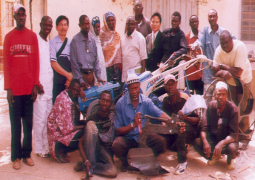