Defending champions Real De Banjul will meet Armed Forces in the week-three fixtures of the 2012-2013 Gamtel-Gamcel sponsored GFA division one league on Saturday 2 January 2013, at the Banjul Mini Stadium.

Real De Banjul are currently leading the league table with 6 points and will be expecting a win to rejuvenate their lead as well as keep their hopes of retaining their 2011-2012 league crown.

Armed Forces are occupying bottom position with no point in two games and will be hoping to bounce back after loosing two games in a row against Bakau United and Gamtel.

Brikama United will welcome Gamtel at the Brikama Mini Stadium.

The 2010-2011 league champions Brikama United currently have 2 points in two games after their 1-1draw against Young Africans and Interior.

Gamtel, on the other hand, lost to Bakau giant killers Steve Biko 1-0 in the opening game of the new league season and managed to recover in their week two as they came from one nil down to beat Armed Forces 3-1.

Young Africans are with 4 points in two games and Hawks are on the league standing with a single point.

On Sunday 3 February 2013, Interior will battle it out with Seaview at the Banjul Mini Stadium.

Interior are struggling on the standing with a single point and Seaview with 2 points in two games. 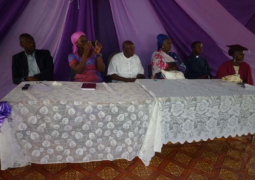