Bantangkoto FC on Sunday defeated Magadan FC 2-1 in the knockout final of the Bakau Zonal Sports Committee played at the Bakau Mini Stadium.

All the three goals of the encounter came through penalty spot kicks.

Bantangkoto FC took the lead in the second minute of the game through Ousman Manneh who converted the spot kick for his side when Famara Jobe handled the ball inside Magadan FC’s eighteen-yard box.

Magadan FC were also awarded a penalty in the 27th minute of the game when Lamin Camara brought down Lamin Jobe inside Bantangkoto FC’s eighteen-yard box.

Ousman Saine stepped up and converted the penalty for Magadan.

Ousman Manneh sealed the victory for Bantangkoto in the 32nd minute of the game from another spot kick to register his name twice on the score-sheet for Bantangkoto when Modou Samba Gomez handled the ball inside Magadan’s eighteen-yard area.

As winners, Bantangkoto went home with a giant trophy and a cash prize of D8,000 while runners-up Magadan collected a consolation prize of D5,000. 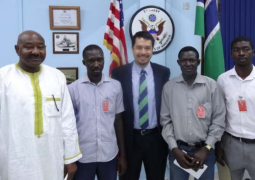 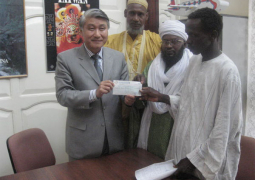