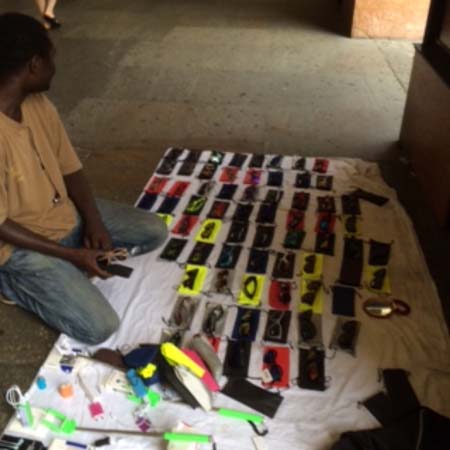 Saikou Dumbuya was born in Serrekunda. His parents had only him as a child.Mr Dumbuya and his family are Muslims. He is married with two children: a boy (Lamin) and a girl (Kumba).He moved with his family to permanently live in Jimara, Central River Region, when he was still a child.

Almost all the families in Jimara, like many other villages in The Gambia, live as subsistence farmers and the family of Dumbuya was not an exception.  Every member of the family has a hand in their own lives.

Since Dumbuya’s family are tenants, they rely heavily on any available land given to them by the natives. They grow rice, millet and maize depending on what type of seeds and land was most available that year. Since they cultivate in the water logged areas, called ‘farros’ in Mandinka language, drought in any year means famine to them. And many of such were not uncommon.

Suddenly, there was a land dispute between Dumbuya’s father and uncle, many years ago; it was always very serious especially during the raining seasons. Being young at the time, Dumbuya was always in tears on the side of his father. Because his father was always scared of the consequences of Dumbuya’s involvement in the case, he always asked him to stay away from the dispute.

But young Dumbuya could not keep away from defending his old and weak father; he therefore find his uncle his as worst enemy. Until now, Dumbuya’s father was uncomfortable having him near their common enemy (his uncle) and demanded that he must totally leave The Gambia or chose to die.

The land that was transferred to Dumbuya’s father from a friend, who was leaving never to return to Jimara, brought more problems than success to them.

As a poor man, Modou (Dumbuya’s father) could not succeed in his claim over the land. Even though the neighbours were much aware of the land belonging to Modou, no one could help him against the rich opposing party, which unfortunately led to his untimely death at age 66. Dumbuya could not go back to Serrekunda, as he knew no one there.

The thought of the potential dangers coming from the enemy (his uncle) always haunted Dumbuya’s mind. Thinking about the dispute which led to the untimely death of his parent left him in a state of trauma and total confusion. The inability to pay for the daily and basic needs of his family augmented his fears. Dumbuya’s dire economic situation compelled his wife to involuntarily go back to her parents’ compound, with the children.

Since they left, Dumbuya used to find it difficult to communicate with wife and family due to financial issues. It was later confirmed to him that his two children are living separately: Kumba, 6 years, lives with her grandmother, and Lamin, 8, with his mother.

Dumbuya’s only hope was to leave The Gambia to try life somewhere else; it later came to his mind that Italy is the option. He departed on 16 January 2013 from The Gambia crossing to Libya via Senegal, Mali, Burkina Faso and Algeria.

In each of these countries, Dumbuya had to work for months to save some cash to be able to continue. Entering Libya left him with no money. In Deb Deb, Algeria, Dumbuya had to pay a sum of 300 dinars to a single trafficker who one evening led them (they were 15) through the desert signalling the way out. After some few hours and kilometres on foot, the trafficant left them returned to Deb Deb. They were left to do all by themselves in the Sahara Desert with no water and food.

The 15 reached Libya the following morning when the people of Libya were doing the Fajr, early morning prayers. Gedamas, a Libyan border village, was their first entering point where Dumbuya stayed for one month. He worked there as a labourer for a Libyan man.

After completing the work of this man, Dumbuya was passed to another man like a work tool; the man was a friend of his former boss. The man he was transferred to was in Tripoli, so Dumbuya had to find his way to Tripoli; it took him two days journey.

Again, as a labourer in Tripoli, he was always working from morning to evening on no agreed terms of payment. Unfortunately, one day Dumbuya was blindfolded, tied-up in ropes and thrown into a car after asking his boss for his payment. He was driven to the place of the other African migrants coming to Italy. This man who was a police officer housed Dumbuya strictly under his jurisdiction, not allowing him out until 20 July 2014.

He was taken directly to a boat and all his documents seized by the police officer (his boss) – making him undocumented on the boat. It took them two nights and two days before they were rescued by a ship of the Italian authorities. With no food and little water in a densely crowed boat with 115 people, Dumbuya could not wait to be rescued. They were transferred to the big ship through ropes.  It took them almost another full day before they could finally reach the shores of Lampedusa, Italy. 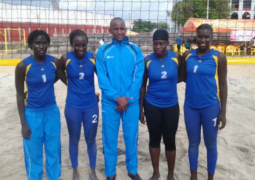 'Police are in contempt of court'