The songwriter you would recall wrote;

"My hope is built on nothing else, than Jesus' blood and righteousness; I dare not trust my sweetest frame but wholly lean on Jesus' name." Yes, she would lean wholly on Jesus' name. What's in Jesus' name? What's in a name you would ask therefore? Lots, if you dare to ask me.

Our Lord Jesus is one of the few characters in the Bible, along with John the Baptist, whose names were given before their birth. Angel Gabriel had broken the news to Joseph of the virgin birth for which his fiancée, Mary, would be the mother.

He spoke in these terms; "She will give birth to a son, and you are to give him the name Jesus, because he will save his people from their sins." (Matthew 1:21) The Messiah, our Lord Jesus, came into this world to save sinners, thus qualifying for the title of Saviour of the world. All throughout his ministry, as he moved from town to town, our Lord Jesus intervened in the lives of the people He met. He sought to save them from the consequences of sin which were rampantly manifested in sickness and disease.

People are not just given names for the sole purpose of fixing a label on them. Names are well thought out. There is always some reasoning or motive to justify it. Some people take pleasure in giving names to their kids; names of heroes and famous people; others after their parents or friends as if to venerate them or for perpetuity, or because of some specific trait they would have displayed and wish to be remembered by. Some cultures give proverbial names such as - 'the one to usher in luck', 'the fountain of joy,' 'our inheritance' and so on.

Most biblical names bear meanings. Moses means 'I drew him out of the water.' Naomi means 'pleasant; Ephraim; 'God has made me fruitful;' Samuel 'because I asked the Lord for him;' and Isaiah, 'the grace of God.' All of this goes to confirm that there is some reasoning behind the attribution of names. These names in one way or the other singularly put a stamp of identity on the persons bearing them. There is therefore a lot of significance in a name. Very often the character of the person identifies with his name and can determine one's destiny.

The prophet Isaiah prophesied in his writings some 700 years before the advent of Our Lord Jesus: "For unto us a child is born, to us a son is given, and the government will be on his shoulders. And he will be called Wonderful, Counselor, Mighty God, Everlasting Father, Prince of peace." (Isaiah 9:6) These names tell of the role that child would play when he became of age. Theyforetold the nature of the Lord's ministry which was wonderful, mighty, everlasting and peaceful.

Our Lord Jesus was referred to by many other names and titles as well; 'Rose of Sharon" (Song of Songs 2:1) the Branch, (Zachariah 3:8), Morning Star, Root of David ((Revelation ),' Our Passover' (1 Corinthians 5:7) - to name but a few. None however could equal the name of Jesus. It is on a category all on its own.

Our Lord Jesus is worthy of that name. He Himself taught that we must pray the Father in His name. "I tell you the truth, my Father will give you anything you ask in my name." (John 16:23) Jesus revealed that there is no other intermediary between God and humans if it is not Him. (John 14:6)Paul in his writings to the Philippians chapter 2 verse 9 states: "Therefore God exalted him to the highest place and gave him the name that is above every name that at the name of Jesus every knee shall bow, in heaven and under the earth and every tongue confess that Jesus Christ is Lord to the glory of God the Father."

In a farewell statement to His disciples our Lord Jesus declared; "In my name they (future believers) will cast out devils." (Mark ) "And I will do whatever you ask in my name, so that the son will bring glory to the Father. You may ask me for anything in my name and I will do it. (John 14:13-14) "Salvation is found in no one else, for there is no other name under heaven given to men by which we must be saved." (Acts )

What's in a name?What's in the name of Jesus? Power! At the sound of his name demons tremble. 'What do you have with me, Jesus, Son of the Most High God? Swear to God that you won't torture !" Inhabited by a legion of demons, Jesus commanded the demons to come out of the man. When they did the man was restored to his right senses. "They saw the man who had been possessed by the legion of demons, sitting there, dressed and in his right mind; and they were afraid." (Mark 5:1-20)

In Jesus' name there is uninterrupted and undiluted power. We only need to call on His name in whatever circumstances we find ourselves and He will intervene mightily on our behalf for the glory of His holy name. There is no other name on earth by which humanity could be saved. 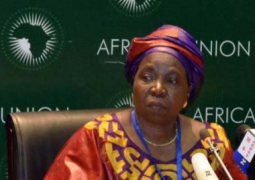 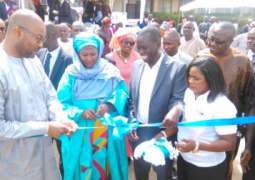 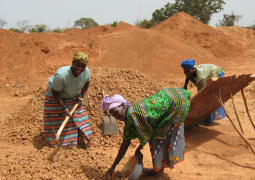