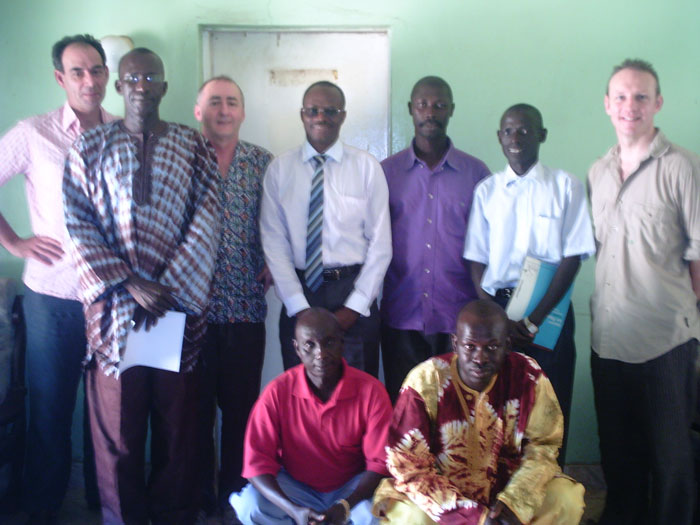 The officials of the New Yundun Goodwin Link, led by Alkalo Alhaji Ousman Bojang, on Monday paid a courtesy call on the governor of Western Region, Lamin Sanneh, at his office in Brikama.

The visit was meant to brief Governor Sanneh about the link between the people of New Yundum and the Goodwin Development Trust in Hull, UK and to solicit his support.

Speaking at the occasion, the public relations officer of the link in The Gambia, Mr. Ebrima Bojang, gave a brief history of the link. According to him, the trust was introduced to the village in 2004 by a native of New Yundum called Saikou Jabbi who lives in Hull. This led to exchange visit between the people of the trust and their counterparts in New Yundum.

He said that in 2005 the trust also donated some money to the people of New Yundum to refurbish the village health post. They also donated a 40ft container full with educational, hospital and sporting materials as well as garden tools.

After hearing from the guest from Hull and their hosts, governor Sanneh reaffirmed the team of his office's relentless support.

He informed the delegation that education, health and agriculture are top priorities of the government and anyone complimenting her efforts in these areas is highly welcome.

After the meeting, Alkalo Bojang, who also visited the Hull some time ago, spoke this reporter about his impressions. According to him, the link has boosted the morale of the people of his village. "With regards to the health post the benefit is gone beyond New Yundum as they normally receive patients from different communities from far and near," he said. The extension of the market, quarters for the nurses at the health post and a fence for the field are among the key priorities of the village which he hopes the link will help them with.

For his part, Peter McGurn CEO of Goodwin Trust, Hull and New Yundum share a lot in common and can therefore share experiences.He said that the week-long visit is meant to appraise the impact of the link.He said that they are willing to help the community with a vocation centre and a microfinance scheme for women. He also promised more exchange visits between the two communities.

Other members of the team include Mr. John Marsmall head of community Services and Mr. Hogn Rolo a Goodwin adviser. 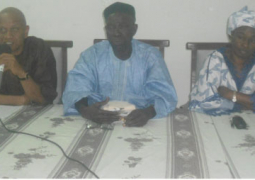