In the world where our existence unfolds, we have never heard of or seen an organization or administration that is left to its own devices without a supervisor being responsible for it. Human reason and intelligence cannot accept that social institutions be without a leader or ruler, and no thinker will approve of an organizational formula that lacks a responsible leader.

Given that reason and logic emphasize the necessity of a responsible leader for even the smallest social unit, how can humanity as a whole attain the basic goals to which it aspires or acquire the lofty values of which it is worthy, without a leader and chief? Now the Creator, within the system of creation, has not with-held anything that may be needed for any being to advance and attain a fitting degree of perfection; He has placed the necessary means and tools at the disposal of all things, and given to each part of every animate being and plant exactly what it needs. How then can it be believed that in the of legislating for the human being He should overlook the sending of Prophets who play such a sensitive and multifaceted role in the evolution of the human being, or that He should remain indifferent to this fundamental pillar? Furthermore, can any intelligent person accept that the vast scheme of being, with all the wonder-inducing manifestations of life, should be based on aimlessness and purposelessness? Is it possible to attribute such an irrational act to the sublime Creator? The question of reward and punishment, in a precise and calculated form, is involved here. It is an indubitable scientific principle that purposiveness is the concomitant of all life, thought and will. It is not possible that a wise being should consciously undertake an action in which no goal or purpose resides.

Apart from the fact that the human being instinctively regards an aimless act as incompatible with wisdom and intelligence, he can clearly perceive that all the atoms in the world of being are ruled by order and calculation. So just as the orderliness of life springs from the knowledge and wisdom of the Creator, the same may be said of the purposiveness of the whole scheme of being, including the existence of the human being. Is God indifferent to the fate of humans? Has He abandoned them to their devices, so they may shed each other’s blood, commit any crime they like, and transform the world into a fiery hell? A God who holds back nothing in order for every creature to attain its perfection cannot possibly be indifferent to the human being’s attaining the degree of perfection suitable to him. On the contrary, just as He guides the human being to material perfection by means of his instincts, He guides him to his true perfection both by means of the innate guidance of his nature and by means of legislative guidance, for innate guidance needs help when confronting the instincts.

The Quran says:“We will give help to both groups, those who worship the world and those who seek the hereafter, so that none should remain deprived of the favor and generosity of their lord.”(17:18) If the human being were left alone in the world with his own hopes, everyone would judge on the basis of his own temperament and taste. He would do whatever he found pleasing and conformable to his inclinations. Every individual would follow his own path in order to secure his interests, and the result would be a clash of desires and interests, leading to the severance of individual and social relations and unending corruption and anarchy. The French scholar, Emile Dermenghem, writes, in his book The Life Of Muhammad: The Prophets are just as necessary for the sun, rainfall, winter storms, which shake and clean open dry and infertile land, covering them with freshness and verdure. The grandeur and legitimacy of such events can be deduced from their results: inward capacities that have received strength and confidence, hearts that have been given tranquility, wills that have been strengthened, tumults that have been quietened, moral diseases that have been cured, and finally, the supplications that have mounted up to heaven. It can be deduced from the Quran that one of the missions of the Prophets is ending difference among human beings and purifying them. The Quran says: “Human beings were one community. God sent Messengers to give glad tidings to the good and a warning to the bad. He sent the Book in truth so they might judge justly in their disputes.” (2:213) “He it is Who sent a great Messenger among the unlettered Arabs, one from among them, who might recite to them the verses of God’s revelation, purify them from the filth of ignorance and evil characteristics, and teach them the Law contained in His Book, whereas previously they had been in the abyss of ignorance and misguidance.” (62:2)” O Lord, make our offspring worthy of Your raising Messengers from among them who will recite Your verses to human beings, who will teach them the knowledge of the Book and wisdom, and cleanse and purify their souls from all ignorance and ugliness.” (2:128)

The Prophets came in order to convey to human beings Divine knowledge, free of all forms of illusion and error. They came to proclaim to the human being a series of truths which a person would never have attained unaided, such as matters lying beyond the natural realm like death, the intermediate realm, and resurrection. In Divine schools of thought, the mode of thought that underlies both belief and action, the knowledge of the material and spiritual dimensions of human existence, lies within the bounds of the human being’s capacity to perceive. For the human being approaches true happiness, and his growth and ascent become possible, only when his constant and fundamental needs are recognized, preserved and satisfied in a balanced fashion. One of the most fundamental missions of the Prophets, is, then, to bring the excesses of that which causes the human being trouble and torment in his rebellious spirit, under control and reduce them to order, so as to pacify its rebellious tendencies. Thus we see that in the school of the Prophets, pleasures are not negated nor is their value and essentiality denied.

The supreme ideal of the Prophets, who are the source of virtue and the gushing springs of human ethics, is to cure and nurture the human spirit in such a way that it reaches a higher truth and ascends toward ethical values. Through the realistic and perceptive training the human being receives from the Prophets, he advances on a path that leads to infinity and he distances himself from alienation. It is natural that those who establish such a program of action should have been chosen at the threshold of heavenly power, the power of One Who is aware of all the mysteries of the human being’s creation and the needs of his soul. The selection that takes place with respect to the Prophets is based on the ascertainment of an individual’s being as a complete model of the powers and faculties of the human being. In order to ascend existentially, to cure their souls and to attain the heavenly rank of fruition, human beings must enter the sphere of the teachings of the Prophets; it is only then that their humanity can be fully realized.

The valuable element that the human being represents in this world has not been abandoned or left to its own devices, nor has God wished to entrust the destiny of the human being to capricious oppressors who sinking their poisonous claws into the spiritand mind of the human being begin their exploitation of humanity by exploiting its mind. For then mankind would be held back from true advancement and be impelled in the direction of false and valueless aims. Since intellectual and creedal criteria have always played a determining role and constitute an extremely effective factor in the shaping of life, the Prophets have always commenced their mission in precisely this area. Because the intellectual criteria of society are generally tainted by the ignorance of Divine guidance, they have abolished those criteria and presented new, positive and fruitful criteria to replace them. 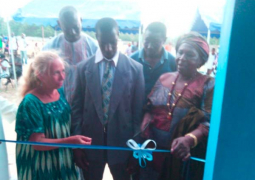