The Ministry of Trade, Industry, Regional Integration and Employment has renewed its call on food dealers to register and obtain a licence for the importation, distribution and retailing of essential food commodities, as the new policy has come into effect since April 1, 2015.

This new policy is significant as it is part of measures to implement the trade policy for the protection of consumers.

We should be mindful of what we eat; therefore, all necessary measures should be put in place to ensure we avoid consuming impure food that could be detrimental to our health.

Most of the food items we consume are imported, which means we are exposed to foreign and interstate traffic in adulterated or mislabeled food and drug products.

This is why we tend to reason with the Trade ministry, which is behind this new annual licence system requiring all importers, distributors and major retailers of essential food commodities operating within the domestic market to acquire a licence for such business deals or transactions.

However, it is also essential to cautiously implement such a licensing system to avoid hurting buoyant business transactions and the market.

The motive behind this licence requirement should be geared towards the protection of consumers, as stated by the Trade ministry.

It is not incorrect to take such a step, albeit should be done in a manner that would avoid a cumbersome procedure and unnecessary hassling of dealers.

Other nations have taken similar steps to protect their citizens from consuming impure food and drug products; so we are not the first, neither the last to implement such a policy.

The Americans did it; the Europeans have also done it; ditto many other nations around the world. So why not The Gambia?

The Pure Food and Drug Act of 1906 was a key piece of Progressive Era legislation, signed by President Theodore Roosevelt on the same day as the Federal Meat Inspection Act, according to the 1906 Food and Drugs Act of the US.

“Enforcement of the Pure Food and Drug Act was assigned to the Bureau of Chemistry in the U.S. Department of Agriculture which was renamed the U.S. Food and Drug Administration (FDA) in 1930.

The Meat Inspection Act was assigned to what is now known as the Food Safety and Inspection Service that remains in the U.S. Department of Agriculture.”

So what the Trade ministry in Banjul is trying to implement is not too different from what has obtained in other nations.

It only has to be implemented wisely for a better situation for all.

“It is clear our nation is reliant upon foreign products, as more and more of our foodstuff come from overseas.” 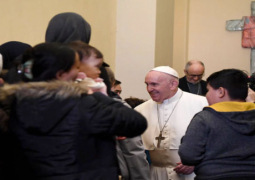