I rummaged my things and the old drawer, lifted the mattress, shifted the bed sheets, but still couldn't see a thing. The air in my throat refused to let go, I became choked and I forgot to breathe for the first time in my life. My life saving was gone. All I had worked for had vanished into thin air!

It was late in the evening and I was just from work. The sun had fallen behind our house and the place was beginning to be dark. That evening, after closing from work, I walked home idly and happily with thoughts of my savings. The mere thought of my savings always brightened my face and I counted it every night when I got home, just like Silas Marner. It filled the empty space within me, the empty space I always have whenever I grow homesick after coming to the urban area. I was told that the urban area has increased job opportunities; social amenities, good quality of life, and most interestingly, they said that the streets were paved with gold.

I couldn't accept the fact that all I had worked for those past four years had been an illusion. At that moment all what came to my mind was to go to the witch doctor who would help me find my money.

It was already late and I eagerly waited for day break. That night I had a disturbed sleep and I tossed and turned all night long like pepper in a soup.

Early the following morning, I left for the witch doctor's. Baba Tanja was a petit old man with dark circles around his eyes who always had scores of people with different problems visit him everyday. Naturally I joined the queue until it was my turn to see him.

In his tiny room he had a pot with some hot coal and some bad smelling incense which made me sniff and cough occasionally. On the three sides of his walls he had skulls, and horns with beads tied at the tip with a red cloth. For some unknown reason Baba Tanja seemed to fall in love with darkness. Although it was broad daylight, I could barely see the other things save for a little lamp which was beside him on the floor.

He poured libation on the floor and said some incomprehensible prayers to the gods. After that he gave a low laugh. He muttered his last prayers and spit in a calabash in front of him. When I told him my plight, he jumped and said that he knew who took it. He gave me some concoctions and a small white paper which seemed to have some writings on it. With a single nod of his head and a grunt he told me that my problem would be solved if I used what he gave me correctly. When it was time to pay him, I dipped my hand in my pocket and felt nothing. My heart flew to my mouth and Baba Tanja looked at me like I was from the dust-bin. He waited impatiently and seconds later his patience ran out.

'Let me go home Baba and get some money for you?'

He couldn't take that and there was a pull and push between us and I decided to give him back his concoctions, but he rejected them.

After several minutes of persuasion, he agreed. When I was walking back home, it dawned on me that Baba Tanja seemed to be looking for money and so his concoctions could be false.

When I reached home, hopeless and sad, I sat on the floor in my room and started drawing circles on the ground. There and then, I realized that I placed my savings in the hole I dug for it the previous night. I jumped and dug it out. My eyes nearly popped out with surprise and happiness when I saw the money. I couldn't believe it. I counted it back and it was intact. I could swear that I reached heaven at that moment. I placed the money back and went back to work. 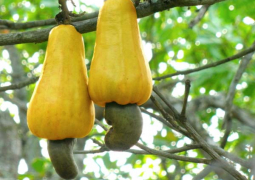 About adapting to climate change