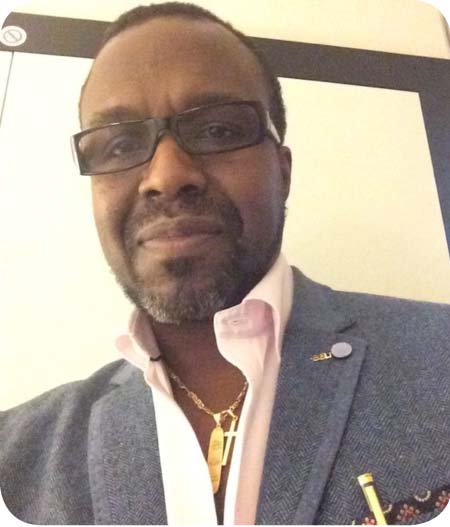 The construction of Gambia’s first specially designed, international standard hospital in the Tourism Development Area has started in earnest but not much is known about the man behind this live-changing initiative in The Gambia.

Even though he did most of his professional studies and work in Europe, Professor James Ndow has big heart for The Gambia.  He probably has even a bigger heart than his father, the late Dr Peter John Ndow, a former Director of Medical Services, who often said he made a promise to God that he will look after the poor and their children.

Prof Ndow is a Gambian born.  He obtained his medical degree at the University of Aberdeen, UK, where he is now a professor of urological surgery and director of the Academic Urology Unit.

He was appointed to the first chair of Urological Surgery in Aberdeen’s 500 years as medical school.  He has been providing a charitable surgical service at the Banjul hospital since 2001 on an annual basis.

He is also the chairman of the Clinical Practice Guidelines office board of the largest global urological surgery society, European Association of Urological, which has 16,000 active urological surgeon members under his leadership.

The fact that he lives in the West where the quality of life and livelihood cannot be compared to that of The Gambia, but he decides to be coming home to support his people is enough justification of his love for the country.

But his love for The Gambia was put to test by a traumatic experience 16 years ago.

“When I first stepped into what was then called the Royal Victoria Hospital, 16 years ago, I was traumatised by my experiences; the suffering I witnessed I had never encountered before,” he said.

“The events that unfolded in the subsequent years brought me closer to my vocation as a doctor and indeed cemented my passion for volunteerism returning to The Gambia to work charitably year on year.”

In his subsequent years of charity work in the health sector, he had witnessed real pain and suffering that Gambians endure on daily basis in the area of access to quality healthcare.

But in 2007, he was confronted by the stark realisation that charity work was not the solution for Gambia’s health sector challenges.

This was the year he conceived the idea of Horizons Clinic, a self-sustainable high quality healthcare provision centre in The Gambia.  It could not be done, not due to his procrastination, but because he was told to aim for less.

Though the idea could not immediately see the light of the sun but it was never covered by the darkness of the night; it was still clear in his mind that he wants to bring the best healthcare to The Gambia.

Eventually, 10 years down the line, he secured a US$27 million social enterprise project to start Horizons Clinic.

The foundation stone of the project was laid 19 June 2017 by the Gambian leader, President Adama Barrow.

Prof Ndow said the hospital will charge those who can afford private healthcare and use profits to treat the poor, mothers and infants from outreach settings, through Horizon Trust Gambia.

The Gambia urologist said he has committed life to improving the wellbeing of the most vulnerable in our society. 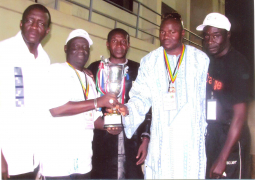