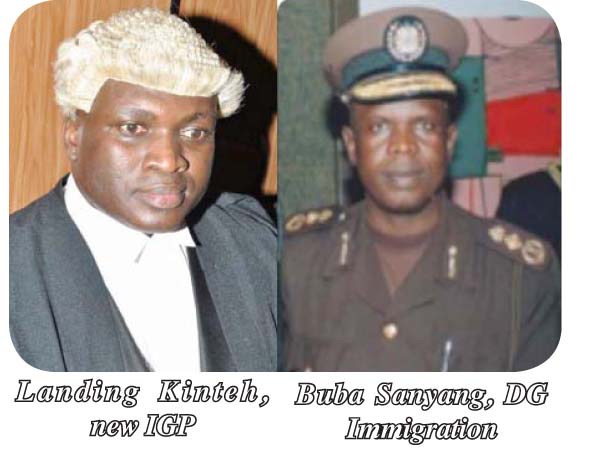 According to official sources, Landing Kinteh is the new Inspector General of Police with effect from 22 June 2017.

He replaced Yankuba Sonko, who was first appointed IGP in 2010.

Landing Kinteh was the Commissioner of Prosecutions at the Gambia Police Force for ten years before his appointment.

He is a Barrister and Solicitor of the Supreme Court of The Gambia.

Kinteh graduated with Bachelor’s of Law degree from the University of Usman Dan Fodio in Nigeria.

He obtained master’s degree in human rights and criminal law from University of Essex in the UK.

IGP Kinteh had worked in Darfur, Sudan, for the United Nations on international appointment.

He served legal affairs and later proceeded to the Ministry of Justice on secondment as director of National Anti-Trafficking in Person (NAATIP).

Sources added that Sonko has been redeployed to Foreign Services.

Jobe was the commissioner of Police Training School, where he served for decades.

Sowe is now demoted to the rank of a commissioner.

According officials sources, Buba Sanyang, who was one time the director general of Gambia Immigration Department, was yesterday reinstated. He replaced Pa Mboob.