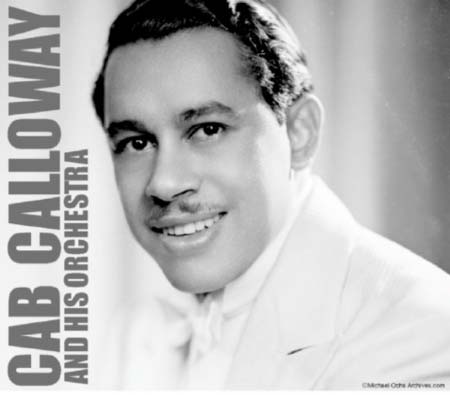 Although we have traced the origins of jazz to the city of New Orleans in Louisiana U.S.A, the music did not gain prominence until it moved north to Chicago and New York. In fact, it was in Chicago where the word jazz was first coined. It was spelt JASS at that time and was associated to a style of dance that accompanied the music coming from the stride piano. Jazz music became popular in the north because of the migration African American jazz musicians to cities like Chicago and New York where they could find work and play to audiences across the board without any consideration to color. The music also received valuable air time on the radio and there were more clubs that promoted jazz music. However, some of those early jazz clubs were still very much segregated, but offered opportunity to African American musicians for their music to be heard.

The story of jazz cannot be complete without reference to the venue that served as the springboard to fame for Duke Ellington and Cab Calloway, two of the most notable bandleaders of their time. The Cotton Club was the most famous of New York’s nightclubs in the 20’s and 30’s; attracting an audience that often included the cream of New York society. It was a legendary nightspot in Harlem and featured prominent black entertainers who performed for white audiences. The venue first opened in 1920 as the Club Deluxe, on Lennox Ave in Harlem under the ownership of the first African American heavyweight boxing champion, Jack Johnson. In 1922 the club was taken over by Owen Madden, a well-known underworld figure in Manhattan. Madden changed the establishment of the club and limited the audience to white patrons. He turned Cotton Club into the most popular cabaret in Harlem and expanded the sitting capacity from 400 to 700. The fame of the club spread with weekly radio broadcasts of its programs exposing its musicians to a national audience. The club’s best years were from 1922 to1935 when it was forced to close after the race riots in Harlem.It reopened in September 1936 and moved downtown to West 48th street where it continued to operate until June 1940, when it finally closed not being able to regain its earlier success. During its heyday, the club’s glittering revues provided a medium for performances by the most prominent jazz musicians of the day. The house band when the club first opened was Andy Preer’s Cotton Club Syncopators, and in 1927 after Preer’s death, Duke Ellington’s orchestra was engaged and its residency became the most celebrated in the club’s history, lasting until 1931. Most of the principal jazz musicians of the time played at the Cotton Club at some stage, including Louis Armstrong. However, the club was better known and identified with the music of Duke Ellington and later on Cab Calloway. Cab Calloway and his orchestra took over as house band at the club in 1931 and they too; had a long run of success.

He was born Cabell Calloway III in Rochester, N.Y. on December 25th, 1907. He was a bandleader, songwriter and vocalist. He was closely associated with the Cotton Club and appeared there as a regular performer. He was a master of energetic scat singing and his band featured trumpeters Dizzy Gillespie and Adolphus Cheatman, saxophonists Ben Webster and Leon Berry, guitarist Danny Baker and bassist Milt Hinton. Calloway spent his early years growing up in West Baltimore’s Sugar Hill area, considered at the time as the cultural, political and business hub of black society. In 1922, his parents realizing his aptitude for music enrolled him for private voice lessons. He continued to study music and voice throughout his formal education. Later on, he began playing and frequenting nightclubs in Baltimore where he met drummer Chick Webb and pianist Johnny Jones who would become his mentors. Calloway had a sister called Blanche who was also in show business and after his graduation from high school; he joined Blanche in a touring production of a popular black musical called, “Plantation Days.” Cab would later credit Blanche for inspiring him to enter show business. His main interest was in singing and entertaining and he spent a lot of time at clubs such as the Dreamland Ballroom, the Sunset Café and Club Berlin. It was during this time that he met Louis Armstrong who taught him to sing in the “scat” style. He eventually left school and began singing with a band called the Alabamians.

In 1930, Calloway joined a failing band called “The Missourians” and transformed it with a new name, “Cab Calloway and His Orchestra” This band served as backup to Duke Ellington’s band at the Cotton Club and quickly proved very popular with audiences across the country. In 1931 Calloway recorded his most famous song “Minnie the Moocher” with the catchy line chorus “Hi De Ho” earning him the nickname “The Hi Di Ho Man”The popularity of this song also opened other avenues in film for Calloway and he along with Ellington were featured on film more than any other jazz orchestra of the era. In those films, Calloway can be seen performing a gliding back step dance move which was the precursor to Michael Jackson’s “moonwalk” and was called “The Buzz” at that time. In 1936, Calloway made his first movie appearance in “The Singing Kid” alongside Al Jolson. He sang a number of duets with Jolson and the impact of their style with the exploration of rhythm and stretching melody was felt deep within American culture. In the area of music, Calloway’s band was one of the most popular American jazz bands of the 1930’s. His vocal style is a blend of hot scat singing and improvisation.

In 1941 Calloway separated with Dizzy after an onstage fracas which led to some physical altercation. In 1943 he appeared in the 20th Century Fox musical film, “Stormy Weather” which was one of the first films that featured an all-star black cast. He also delved a bit into writing and in 1944 he published a dictionary called “The New Cab Calloway’s Hepsters Dictionary: Language of Jive. Calloway and his band also starred in an all-black full length film named after the chorus to his song “Hi De Ho”. Throughout the 40’s, Calloway and his band stayed busy touring and promoting the films that they made, but because of bad financial decisions as well as Calloway’s gambling habit, the band was forced to break up.

In the 1950’s he moved his family from Long Island to Greenburg, N. Y. but continued to appear in a number of films and stage productions that used both his acting and singing talents. In 1952, he played the prominent role of “Sportin’ Life” in a production of George Gershwin opera “Porgy and Bess”. In 1967, he appeared in the Ed Sullivan Show and also co-starred opposite Pearl Bailey in an all-black cast version of “Hello Dolly”. In 1973-74, he again appeared in a Broadway revival of “The Pajama Game” alongside Barbara McNair. In 1976 he released his autobiography entitled, “Of Minnie the Moocher and Me”. In 1980, he attracted renewed interest and appeared as a supporting character in the film “The Blues Brothers” performing “Minnie the Moocher”. He also appeared in “Sesame Street” and the movie “Forbidden City”. In the 80’s, Calloway helped establish the Cab CallowayMuseum at Coppin State College in Baltimore, Maryland and in the same year, Bill Cosby helped establish a scholarship in Calloway’s name at the New School of Research in Manhattan.

In 1990, Calloway was the focus of Janet Jackson’s video “Alright” where he made a cameo appearance playing the role of himself at the end of the video. In 1994, a creative and performing arts school was opened and dedicated in his honor in Wilmington, Delaware. It was called The Cab Calloway School of Arts. In June that same year, Calloway suffered a severe stroke and died five months later in Hartsdale, N. Y.

This article is in appreciation of all those who enjoy reading about the contributions of African Americans to the evolution of Jazz, sometimes referred to as “African American Classical Music” as we welcome you again to this column dedicated to Jazz appreciation.