The KMC should take note

Just before this year’s rainy season commenced, the Kanifing Municipality had the reputation of a clean municipality as people, especially women, were seen on a daily basis, even at night, cleaning the main highway.

However, we are once again compelled to believe that this is no longer the case, especially for the past three days when the nation observed yet another Operation Clean the Nation, locally known as ‘set-settal’.

Everywhere along the Mamadi Manjiang Highway from Tabokoto to Tallinding, after the Saturday set-settal up to Tuesday morning, there were heaps of refuse indiscriminately strewn all over the place, infested with flies and maggots and, no doubt, posing a great health hazard, especially in this rainy season.

While in the past the rubbish would eventually be cleared by the refuse collection trucks, usually on the same day of the set-settal, this has not happened of recent, as heaps of garbage are left lying at road junctions, which become temporary refuse dumps.

As a result, the rubbish heaps keep growing bigger and bigger emitting an unbearable stench, while no one, it appears, seems to care.

In some instances, the various communities are left to find their own alternative means of disposing of their household refuse.

While Operation Clean the Nation is a noble initiative, which many Gambians including ourselves welcomed, it certainly does not make much sense to ask the people to clean their environment, while at the same time they are not given the means to dispose of the refuse.

Therefore, if indeed the local government authorities are serious about environmental sanitation, then something urgent needs to be done to alleviate this deteriorating situation.

A good case in point is the situation in some parts of Serekunda, especially around the Sandika, where rubbish heaps are sometimes found all over the place, next to all kinds of foodstuff on sale, and at the same time so near to the Serekunda health centre.

It is hard to blame the people who indiscriminately throw their refuse anywhere, because they have neither the means nor the capacity to dispose of refuse in a proper manner.

Maintaining environmental hygiene through an effective waste disposal system is certainly the responsibility of the municipality, as this is beyond the capacity of the ordinary citizen. 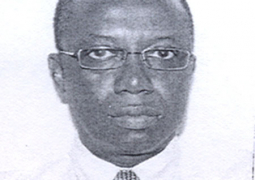