The edifying words of oneness, and harmonious and cohesive exchanges by our two leaders in Gambia and Senegal during the occasion marking the 20th anniversary of July 22nd Revolution, at the Independence Stadium, represents the genesis of common origins and cultural affinities that have existed for so long between the two peoples of The Gambia and Senegal.

It was a lovely sight to behold, seeing and hearing the exchanges of our two leaders, presidents Yahya Jammeh and Macky Sall, talking about oneness and affinity, cracking jokes to each other and hailing the development strides of each other’s countries.

“Senegal and The Gambia are the same people, they are like room and parlour. If the Gambia has such kinds of occasion its Senegal’s affair,” President Jammeh said during an interview granted a media crew from Senegal. “I told Macky Sall if he were late to come, I would go to Dakar and bring him.”

President Sall in turn stated: “As President Jammeh said, we the two countries are related in blood, and only peace can prevail. Today I was supposed to have several meetings in Dakar, but despite my heavy and busy schedule, I said I must come to grace the occasion. Gambia is on the right track for working hard to attaining development.”

These words by our two Senegambia leaders speak volumes of our affinity, hence there must always prevail oneness and harmony between us.

It is said harmony is one level of integration, oneness is a higher level of harmony, and unity is higher still, representing an integral complexity of oneness. It is, therefore, essential to note that harmony in human relationships gives the strength of each to the other.

While on one hand harmony is the coming together of disparate elements for common purpose; it is also the moving together of varied or opposing forces, and emerging in a higher truth. Hence harmony is to balance all interests through “a greater awareness” that uplifts all parties “to a greater truth” that each can benefit from. It brings about mutual relations of peace, balance, goodwill, positive bond, and mutual satisfaction.

So seeing our leaders exhibiting the spirit of oneness and harmony beams our hearts with happiness and joy, and we wish this could be translated into higher political unity, economic growth and deeper social cohesion of our two peoples.

In his piece on Senegambian Ethnic Groups: Common Origins and Cultural Affinities Factors and Forces of National Unity, Peace and Stability, Ebou Momar Taal, Diplomat, Economist and Linguist, states: “The harmonious and exemplary inter-ethnic co-habitation that is unique to the Greater Senegambia area is not only the positive result of the long historical integration of large numbers of members of all groups; it is also due to certain common traditional values, customs and practices that have, from ancient times, always been practised by all groups living together within the Sengambia valley and other contiguous states.”

The harmony we want rests on the values of our positive traditions, and an ever-increasing political and economic advancement.

“Unity is strength... when there is teamwork and collaboration, wonderful things can be achieved.” 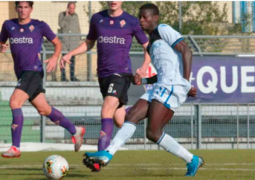 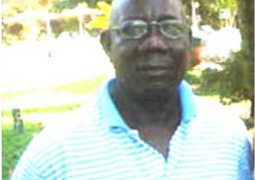