The 2019 Gambia Volleyball Federation’s cup finals down to the ultimate face-off on October 26th, at the Independence Stadium in Bakau starting 1700hr.

Fans all over The Gambia are looking forward to this great matches, as GAF men volleyball team face Serekunda East, as the latter poised for a double. Whiles GAF female team will battle against Interior in the so-called security derby.

The game is so much bigger than what happens on the court in Bakau on Saturday, and the outcome will ring into eternity. Mariama Ginadou and Mariama Gitteh will be the obvious ones to watch on the night.

The game have so much on the table and it will reignite new life in volleyball and the sporting rivalry between the two forces perhaps will be renew on the night.

Winning the league this year for the second time, Olympafrica boys reached their ever wish mark, but they wanted to proceed this time around to get this far; they now carry on living the dream when they face the soldiers and the chance to win the double looms on the horizon.

ForGAF, they aim to end their long wait for a major title and a win on Saturday will be a perfect match for Coach Saikou Omar Bargie. Nonetheless of recent times, they seem to lose rhythm even though they still have some big ranks in the squad. 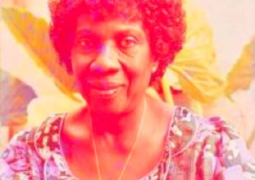