Abdoulie Conteh, Arts & Craft teacher with Charles Fowlis Senior Secondary School, is guilty of financial impropriety and the Kanifing Magistrates' Court will decide his fate at the end of April.

Abdoulie is expected to be convicted on the 30th of April 2008, after accepting responsibility for diverting, into his own use, D13,150; money paid by students of Fowlis as examination fees.

Narrating the facts of the matter, 870 Touray, prosecuting, adduced that Abdoulie Conteh was given the money in contention by students to pay up for their fees for the Arts & Craft paper.

According to officer Touray, Conteh had instead used the D13,150 to pay up the school fees of his son. Thereafter, added Touray, the principal of the school lodged a complaint to the Kanifing Estate police station where Conteh confessed to stealing the money. Touray say that D2000 was recovered from him. The sum was tendered in court as a piece of evidence and was admitted and marked as an exhibit.

Meanwhile, Conteh was given bail in the sum of D13,200 and must provide a Gambian surety who fulfils the bail requirements.

His case resumes on April 30th. 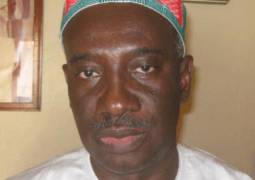 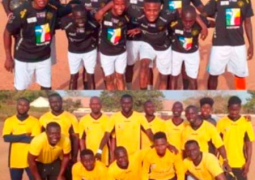