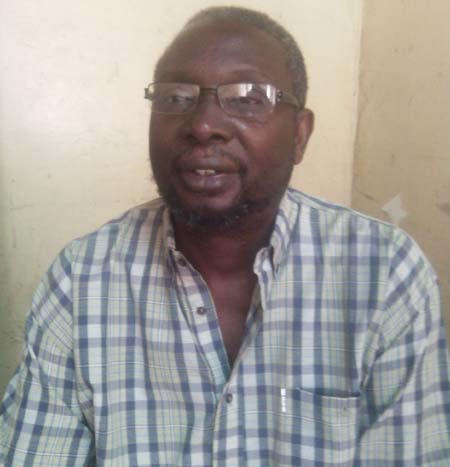 The Gambia became independent from her colonial master, Britain in 1965. We inherited the whole colonial apparatus and our production of a single cash crop (groundnuts),  continued pretty much as before. We lacked a development agenda. An agenda that is based on our own reality. Some say, we did have a ministry of economic planning and industrial development. I want you to name two surviving, functioning  industries that evolved from these grandiose plans? By the way, this was forty years ago.   Yes we did have plans but look where they have landed us into! I hate to harp on things I have already argued elswhere but it will suffice to say that economic and other plans must be in sync with the material conditions on the ground and importantly they must be harmonized with what they are configured with. Again, every plan was based on and around the vagaries of economic plans that hinged on the fortuitous rain gods that smile, only occasionally and frowned most of the tiime at the children of Ham.

Meanwhile, capitalism continued to run amok, extracting the last ounce of profit from the daughters and sons of uneducated peasants drawn by Western consumer culture into the quick-fix, feel¬ good, high-tech money economies of the city.

Everybody drifted to the elusive bright lights of the city, men, women and children. People abandoned their farms and traded their past lives to a life of squalor and a downward spiral of more poverty and more estrangement.

In addition, The Gambia was drought stricken for a prolonged period (the best part of a decade in the mid eighties and early nineties). Consequently, she was set ashore at the threshold of virtual economic bankruptcy.

I will not get into the consequences of the prescriptions of the IFM and the World Bank but very importantly, their solutions created a climate of economic hardship for those who were the most powerless and those at the weakest links in the chain-the peasantry, the junior civil servants, the daily wage labourers, etc.

To compound it, there were shortages of essential commodities, rice, cooking oil, fuel. Power outage was the norm rather than the exception. Children died on their mothers backs as they queued for rice. Others died from fires resulting from cheap quality candles, health care provisions deteriorated.

Through Structural Adjustment Programmes - that deem education, the life-blood of our country, to be the privilege of the few and not the right of the many, we compromised the bedrock of our economic development- education.

Capitalist production to which we were enmeshed in (cash crop production) has always been characterized by periods of boom and slump. By the late seventies onwards especially during the mid eighties, the capitalist world’s economies became caught up in a crises of dramatic proportions. Those of us residing in the so-called appendage/peripheral economies, as always, bore the brunt of the best part of the crises.

Still at a loss as to where to turn to and what to do?

We turned to our godfathers for deliverance and salvation for which the Bretton Woods institutions had ready, all in one-one size fits all panaceas for the resuscitation of our economy.  Does corporate down-sizing ring a bell…? ‘Sack your teachers and public servants. The administration is suffering from over-manning; lift the subsidy on fertilisers for farmers, float your currency and let it find its own level and open up your economy for foreign investments, sell off your profitable public institutions and assets’!

Having little or no learning capacity to learn from experience and other previous schemes, the sitting regime whose style of leadership was entirely a laissez faire  approach allowed the continued  pillage and plunder of our economy or were they only obeying instructions from up -high! . This was accompanied by aid, sustained by expert advice and under-pinned by programmes and policies that perpetuate dependency. The IMF, the World Bank, SAPs, GATT, PSD and so on, are just a few of the organisations, schemes, projects which, ‘under the guise of developing the Third World, plunder it, under the guise of giving it aid, throw it into eternal debt and, under the guise of promoting democracy, set up governments accountable to them and not to their own people’.

Politics at the local level started to rear some very ugly heads. There emerged some powerful, sectarian pressure groups that were tied to ethnicity and patronage- the old boy network.  There were also individuals who acted as pressure groups in their own rite and quite rightly show because obligations were owed to them. Corruption became rife! Favouritism and displays of power were prevalent in all areas of governance. The office became the person and the person the office. Scandals upon scandals came from even the most unsuspecting sources. Gradually and over twenty five years, the so-called Gambia ‘Maffia’ crawled out of the woodwork and wreaked havoc. You have to be part of the party to get a loan from the Bank; you have to be seen to toe the party line to be allocated a plot in the prime land.  People less deserving were given jobs that did not commensurate their standard of education or their abilities. There were many square pegs in round holes. The children of the same group could get scholarships abroad and could go on holidays in Europe and America.

Everybody must sing the praises of which ever powerful overlord held their carrot. Praise singing was no longer the preserve of the griot but a cloak that one wore and discarded to curry favours.

Municipalities were sidelined in favour of private business concerns.  All of which were to the detriment of the municipality. The story repeats itself over and over and in many places. There was hardly an institution that was not afflicted by the same malaise.  In 1977 for example, the power generator in Banjul exploded. A few times, there were budget allocations for the purchase of a new generator. Every time, a second or third hand generator was purchased.  The reconditioned generator soon collapsed out of the normal wear and tear but without the expertise and spares to repair it presented phenomenal challenges to the utility company.  It was alleged though that the kick-backs were handsome and they went into the deep pockets of some untouchables high up in the party’s central command.

The lackadaisical attitude of the head of state at the time was fathomless.

By 1994, there was so much resentment and dissatisfaction and misgivings with the Jawara regime that when Jammeh stepped into the mayhem, with his ‘soldiers with a difference’, his rhetoric found resonance in people’s hearts.

I am not un-earthing all these to open old and forgotten sores but, it is a gentle reminder to the new regime that they are being watched and will also be judged even more harshly. This time round, they have had two examples to go by- People no longer are starved off information and do not suffer from amnesia!

Why did Jammeh become the monster he was in the end?