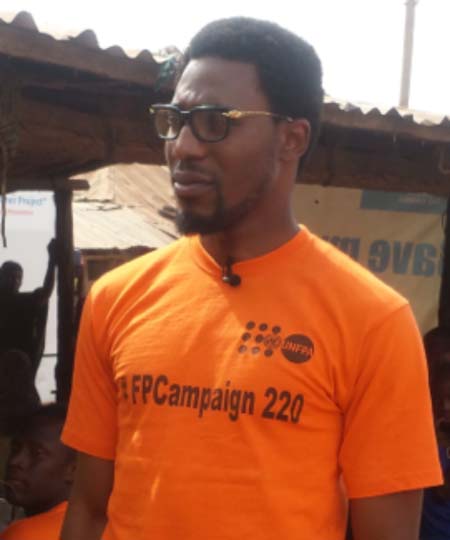 The Head of office and operations at the United Nations Population Fund (UNFPA) Country Office The Gambia, Kunle Adeniyi, says UNFPA wants a Gambia where every child can go to school.

He was speaking in an interview with Journalists on Monday May 15th at Gambisara URR while taking part in the Family Planning Campaign organized by his office and partners.

He said it is important that every woman has control over the number of children she wants to have because there are many outcomes that comes from this.

“We want to see a Gambia where every child can go to school, where everybody can look after their children and then the circle of poverty is broken,” he said.

“There is no way you can do that without having some measures that can control the number of children so that we can really take care of them. Is it going to happen in one day? No, is it going to take a while. But we are still cognizant of the improvement and we are encouraged seeing people like us. We are working with young people, media and other partners and we believe that everybody is an advocate of the message and carries it along. We will continue to celebrate the progress we made,” he said.

He said UNFPA has committed to the drive to ensure that every woman in The Gambia has the option of the number of children she wants to have. He said their major aim is to come up with this kind of initiative to prevent maternal deaths and to ensure that no woman dies whilst giving birth. He said they have come to very traditional communities in URR for many reasons. He said a lot of times they feel neglected because they are very far from the centre or where things happen.

He said they have come with mobile intervention on Family Planning, cervical cancer screening for mothers and women and also provide HIV counseling and testing so that women and men can make healthy choices.

He said the campaign started last year in Farafenni and is something that is going to happen in every region across the country.

He said the nine days will cover URR and LRR. He said the idea is to boost the efficacy of health workers in these communities.

He lauded the reasonable turn out considering the community they were in. He said there were a lot women coming for cervical cancer screening before he went to the Governor’s office, and the school, where activities were also going on. “It is about service delivery and awareness creation,” he concluded. 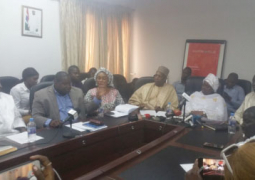