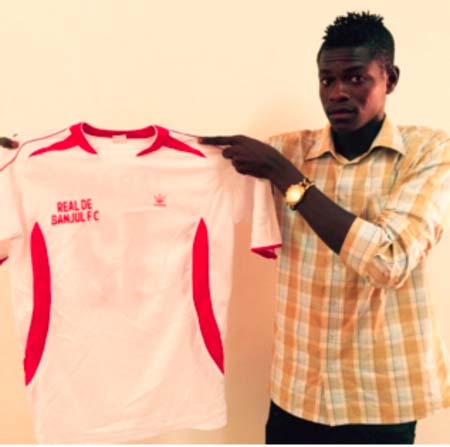 The 17-year-old was impressed with his first season at his former club and played a key role for them in last season’s second division league campaign.

He scored six goals in thirteen appearances for Lamin United and guided them to a sixth-placed and finished on the 10-team table with 20 points.

“I am delighted that I am finally a Real de Banjul player. It is like a dream come true for me and it has also got me one step closer to my dreams of becoming a professional footballer. I look forward to linking up with the rest of the squad,” a delighted Sulayman said.

Club President William Abraham said: “It’s the first step for him on the pathway to becoming a professional from this football club. We will see how he progresses at a big club like ours to the next stage, which is massive.”

Everyone at Real de Banjul would like to congratulate Sulayman on his first professional youth contract as all look forward to his continued progress with the club.