Three streets in Tallinding Medina in the at the weekend were renovated by a group of people living the area.

The exercise, which was entirely a voluntarily work, attracted some youths and elders, who embarked on it for two days.

This reporter visited the sites during the exercise and could notice the enthusiasm and commitment in people taking part in the endeavour.

In an interview with The Point, one Cham Fofana said the streets are the most used streets because they are the shortest ways to the tarred road, to the market and to the mosque.

According to him, these roads, especially the graveyard and Dr Bajang streets, are impassable during the rainy season, and in the dry season it is so horrible that mobility such as vehicle, motor cycle, bicycle and even those with wheelbarrows cannot ply these Streets, instead they have to go around to get to their final destination.

Cham said when he had patient in his home; it was like he spend a lot on town trip to take his patient to hospital thrice a week which is more expensive than the treatment cost, thanks to the bad condition of the roads.

To him, he has witnessed series of incidents where people, especially elderly men and women, did fall down while on their way to the mosque.

He added that, the condition of the road get worsened by running water from somewhere else, as these streets connect to the river, where the runoff waters are emptied about six hundred meters off the road.

He called on the Kanifing Municipal Council to intervene since they are tax collectors from the farmers.

“And we are expecting good services delivery in return,” he said, adding that due to the bad condition of the streets the KMC garbage collectors cannot reach every where and therefore they have to hire the services of other people to dispose their garbage, which is very expensive.

Modou Sanyang, a youth man who also took part in the exercise, said he was inspired by the President’s call for all to participate in nation-building.

He also confessed that many people do fall down, especially elderly people and first timers who don’t know techniques to pass through.

He called on the youths to promote and embrace such initiatives as the government cannot do everything, thus communal initiatives such as this will complement government’s efforts in achieving its targets and goals.

For Fabakary Jatta, the communities of Tallinding should not wait for government to intervene because the government cannot do everything.

“It is true that the government through KMC should provide these services but in the case where government is yet to come, we should devise ways and means of intervening until such time the government intervenes.

Koba Ceesay, in his remarks, said the condition of the roads prompted them to embark on the exercise.

He added: “It is worse during rainy season and these are the most plied roads/streets in the area because they connect to the main tarred road and to the market.

He appealed to KMC to provide them with materials such as bulldozers and other sanitary tools to continue their work in the other areas that need rehabilitation. 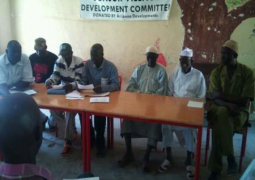 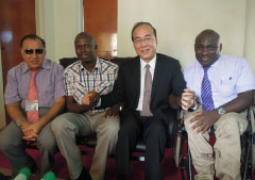 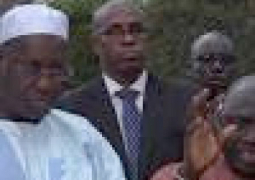