The Secretary of State for Interior, the honorable Ousman Sonko, on last Friday presided over the 2nd 2008 children's Bantaba of the Voice of The Young, a child advocacy group under the Child Protection Alliance.

The Children's Bantaba is a one-day gathering that aims to bring children and adults together to discuss issues relating to child rights and child protection.  The theme of the August Bantaba is " Strengthening the Protective Environment for Children in The Gambia: "Systems and Challenges" with the slogan  "Stand Up, Speak Out against all forms of Child Abuse".

The event, which commenced with a march passed from Post Office Serre Kunda Branch, ended at the KMC Chambers in Kanifing and brought together 120 young people and adults who participated in different sessions.

In his opening statement, the Interior Secretary of State said that the creation of a protective and child-friendly environment for children needs to start from home which is the primary sanctuary and haven for any child. "Parents, guardians and care givers in general should bear in mind that their action or inaction will contribute greatly towards that happens to their children when they go out into the community". He said that a child who lacks a voice and encouragement at home and feels neglected, abandoned and unappreciated and will be more vulnerable to abuse and exploitation outside their family surroundings.

He reaffirmed the government's commitment in protecting and promoting the welfare of children in The Gambia. This, he said, is manifested by the enactment of Childrens Act in 2005, ratification of the Convention on the Right of the Child and the African Charter on the Right and Welfare of the child, the establishment of the Children's Court and the creation of a child welfare unit under The Gambia Police Force (GPF) to deal with cases relating to children.

Secretary of State Sonko lamented the increasing number of reported cases of child abuse in the newspapers, in particular the rape and defilement by adults in positions of power, trust and responsibility over children.

He advised children that their rights go with responsibilities which they owe to their parents, community, authority, country and the international community. "You must maintain the highest standard of discipline at all times," he stated.

In his welcoming remarks, Modou Secka, president Voice of The Young, called on all and sundry to make The Gambia more child-friendly.

Other speakers included Lt. Abdoulie Manneh from The Gambia Armed Forces (GAF) while Ms. Fatou Drammeh, a member of the Voice of the Young, chaired the opening ceremony. 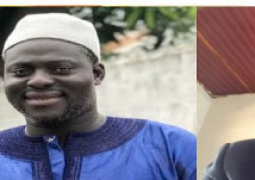