The latest National Human Development Report has indicated that about 28.9 per cent of The Gambia’s labour force is without employment, whilst youth unemployment stands at 38 per cent.

Lack of jobs by a large proportion of the active labour force of a nation is a serious problem faced by governments around the world, even though nations try tooth and nail to provide employment opportunities for their citizens.

In The Gambia, in spite of the sound economic growth being registered by the government, unemployment continues to get to the stratosphere more so as new graduates are turned out each year from high schools and tertiary institutions such as colleges and the University of The Gambia, to join the teeming number of the country’s labour force.

In fact, according to the 2014 NHD Report, whilst some youths are unemployed for lack of jobs, some of those who graduate from institutions of higher learning “find that their schooling has not equipped them with the tools for today’s job market”.

Of the domestic goals cited for our economy by government economic planners, business organisations, private economic groups and labour unions, the three that are most prominent are full employment, economic growth and stable prices.

It is especially desirable that we avoid serious unemployment because of its consequence on the national economy, and the hardship it brings to individuals and families, leading to increasing poverty in a country.

We have seen the PRSP – the Poverty Reduction Strategy Papers I and II, and presently PAGE – Programme for Accelerated Growth and Employment - which have been created to directly tackle unemployment and poverty in the country.

These initiatives, though appropriate and meaningful in fighting poverty and hardship, are really not an end in themselves, as they must be backed up by other salient measures that can contribute massively to tackling unemployment in our nation.

The national labour force, which includes all the people in the country who are of the right age to work, comprises the employed and the unemployed.

In The Gambia, the unemployed are said to be in the region of 28.9 per cent, which is very high - going by the standard of full employment ratio of 96:4.

While there are more aspects to the whole problem of unemployment, we may want to highlight some of the measures that could be considered as a nation to curb the menace of unemployment in our society.

Attempts have been made to eliminate and or alleviate unemployment in many ways.

But we feel the various measures attempted or suggested so far must aim at raising the total effective demand in the economy by encouraging higher consumption, greater business investment, or appropriate government spending.

Again the NHD report also stated that “without investments that create conducive environment and opportunity, a demographic dividend won’t be realised.”

It has also been discovered that liberal monetary policies by central banks and or treasuries have worked well in allowing some level of liquid financial system that gives rise to more investment and job creation.

The reduction of personal, corporate and excise taxes, as well as the provision of tax credits or holidays, can also stimulate investment, business expansion and ultimately job creation.

Other measures that can bolster the level of economic activity and reduce unemployment in a country include encouraging more investments and industries to operate in depressed areas so as to create jobs for people living in such areas.

Providing continual training for the unemployed and underemployed to qualify them for reemployment or full employment is also essential to curb joblessness.

There are also other measures that can be applied to alleviate the problem of unemployment, but we would like to draw the curtain at this juncture for now.

“An ‘unemployed’ existence is a worse negation of life than death itself.” 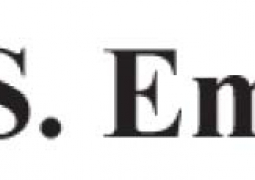