Serrekunda West beat Brikama 1-0 in the quarterfinal game played at the Serrekunda East Mini Stadium on Tuesday to advance to the semifinal, courtesy of midfielder Lamin Chatty in the early part of the game.

The Western won their first-ever Super Nawettan title after beating Brikama in the final game played at the Independence Stadium, and will be vying for a win against Bakau today to sail to the final as well as keeping hopes of retaining their 2013 Super Nawettan crown.

Bakau progressed to the semi-final following their resounding 2-0 win bitter-rivals Banjul in the quarterfinal game played at the Serrekunda West Mini Stadium.

Modou Janneh and Ebrima Kujabi were on target for Bakau in the 4th and 46th minute of the game.

Bakau will be placing for a win against Serrekunda West today to seal a place in the final as well as boosting their chances of grabbing the trophy after several years of a trophy draught.

Elsewhere, record champions Serrekunda East will clash BEM in the other semi-final game at the Serrekunda West Mini Stadium.

Serrekunda East sealed a place in the semi-final following their 5-4 penalty shootout win over BEM in the quarterfinal game, after goalless draw in the regulation time at the Banjul KG5 Mini Stadium, and will be fighting for a victory against BEM today to advance to the final and also to keep their title hopes alive.

BEM sailed to the semi-final their hard fought 1-0 win over high flying Lamin side in the quarterfinal played at the Brikama Box Bar Mini Stadium, substitute Edrissa Sonko Faye was on target For the North Bank Region boys in the stoppage time.

The North Bank Region will be vying for revenge against Serrekunda East to sail to the final as well as keeping their chances of clinching their first-ever super Nawettan title. 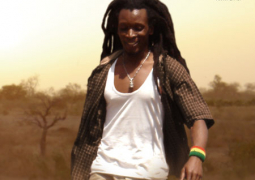