Foday Lubang Jarju Tuesday continued his testimony under cross-examination in a claim brought against his former employer (Sun Beach Hotel) at the Industrial Tribunal in Kanifing.

Asked by the defendant’s counsel whether his terminal benefits were paid to him in December 2011, he replied in the affirmative.

On whether he accepted the terminal benefits for his termination, he answered in the negative, saying it was because it was not according to the memo and he was not satisfied with it.

At that juncture, a document was shown to him bearing his signature accepting his terminal benefits.

Asked also why his job was terminated, he said he was put on two-month leave without a salary, which he refused.

The plaintiff further said that he spoke the truth, because he refused to go on leave for two months without a salary, adding that the letter was placed before him and he read and understood the content of the letter which he rejected in the office of the personnel manager.

The plaintiff added that he went to a disciplinary hearing concerning his refusal.

When the counsel told him that at the meeting he said the first time he got the letter he was on his way to Casamance, the plaintiff replied that he got a phone call from the personnel manager to come and receive a letter.

He said he told the personnel manager that he was on his way to Casamance, that when he came back, he would report for work.

The counsel put it to him that the personnel manager gave him a letter, and he replied in the affirmative, saying it was given to him but he refused to sign it.

When the counsel told him that he told the manager he would not sign it unless he knew the content of the letter, the plaintiff said he never said so to the personnel manager.

The plaintiff further stated that he could receive a letter from his employer, read it and decline signing it, if it was not in his favour. 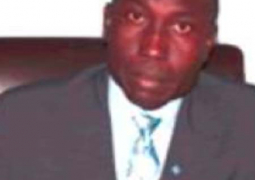