According to Ceesay, Demba, who was appointed as Steve Biko's assistant coach in the season of 2007/08, is enjoying the support of a scout from Athletico Madrid, understood to have established a close relationship with Demba, who left Banjul last week.

Ceesay, who continues to play an important role in the club’s success, told this reporter that the two clubs have reached a sound agreement regarding Demba’s attachment in Spain.

This new development will bring a lot of technical improvement in Biko, especially in the performance of the club, as Biko continue to search for their 1st silverware since their FA Cup success five years ago.

The move is a positive news for the club, which, in recent years, has established itself as a leading exporter of the country’s young talents.

And the exposure of coaches in Demba’s quality, in addition to Abdoulie Bojang's experience, many are optimistic about a positive development for the club that has enjoyed one of the finest attacking football in the country's national league. 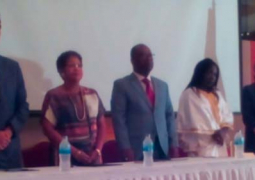