The State has replied to the No-Case submission made by the defence in the ongoing criminal charm case against Abdoulie Oseh Corr, Alassan Mbowe and Babucarr Njie.

In his submission, the Director of Public Prosecution, R.N Chenge, submitted that the prosecution had made a prima-facie case to all the accused persons which required the court to call them to enter into their defence. He submitted that any person who made charms for the protection of power committed an offence, adding that 'making' means 'causing to exist'. He said those making juju include those who caused to exist and in this case the prosecution had established a prima-facie case against the accused persons.

DPP Chenge finally urged the court to overrule the defence no-case submission and called on the accused persons to enter a defence.

The case was at length adjourned until for ruling. 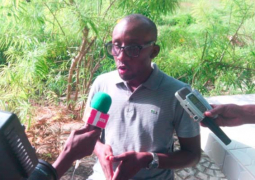 We are moving towards community tourism, says DPS Bah