When the case resumed yesterday, Wednesday 30th June 2010, state counsel Abubakar Mohammed, who announced his representation for the state, told the high court presided over by Justice Emmanuel Amadi that Sillaba Samateh was not in court.

"I apply to the court to interpose the evidence of PW1 and continue the hearing of the case with another witness," State counsel, Abubakarr Mohammed told the court. He also applied for an adjournment to enable them call their next witness.

State counsel A Muhammed also intimated to the court that "we try to reach PW1 on the contact we have, but without success."

Defence Counsel, BS Touray rose and told the court that it has been almost two weeks since the case has been adjourned without genuine explanation from the side of the prosecution. He further told the court that the truth of the matter was that PW1 Sillaba Samateh has jumped out of the jurisdiction of this court and this was before the last adjourned date.

"My lord, I speak as a member of the Bar. I was briefed about the absconding of PW1. He revealed that when PW1 (Sillaba Samateh) absconded his sister who stood as surety was arrested."

He urged the court not to allow the evidence of PW1 to be interposed, stating that the court should be informed about the whereabouts of PW1.

State counsel A Muhammed again rose and said he believes that PW1 will be available here before the trial concludes.

Defence Counsel L.K Mboge representing the 3rd accused, Major Kuluteh Manneh, opposed to the application for an adjournment on the grounds that this was tantamount to the infringement on the fundamental rights of his client.

LK Mboge submitted that the state has 24 witnesses, out of which 12 are police officers. He said if PW1 is not available, then the prosecution can call another witness.

According to defence Mboge, the prosecution application for an adjournment is just like 'child's play'. He added that the accused persons who were remanded in custody need a fair hearing within a reasonable time and it was mandatory upon the prosecution to show seriousness and proceed with the case. "Any further delay in this matter is denial of a fair hearing for the accused persons," LK Mboge said.

He then formally applied for the evidence of PW1 to be expunged from the proceedings.

Justice Amadi ruled that he had listened to the submission and counter submission made by both parties and that he will adjourn the case for PW1 to continue or for the prosecution to call another witness.

According to Justice Amadi, if at the end of the case PW1 was not available to continue his testimony, then his evidence would be expunged from the records.

"I want the accused persons to know their fate as soon as possible," declared Justice Amadi.

He granted the application for an adjournment and subsequently adjourned the case to 6th of July 2010 for continuation of hearing.

Meanwhile, the bail application made by Lawyer LK Mboge on behalf of his client was denied by the trial Judge. 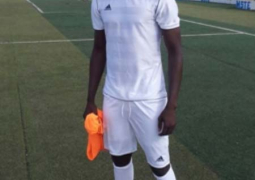