The trial of 14 Immigration Officers attached at the , three other civilians and a Gambia Civil Aviation Authority (GCAA) security officer, yesterday opened before Magistrate Fred Forster of the Brikama Magistrates' Court, with the testimony of the first prosecution witness one Cherno Bah.

Testifying before the court, Cherno Bah said that on 27th June while at NTC junction, he and the first accused Sarjo Sonko had a discussion for he (Sarjo) to facilitate the traveling of his younger brother, Ebrima Bah to with a visa on a passport that's secured with Cherno's name and Ebrima's picture.

He said part of their discussion was for him to get an arrival stamp on the passport.

He said when he was about to leave, he gave him (Sarjo) D500 for him to buy gas oil and handed over the passport to him in order to get the arrival stamp.

"From there I exchanged clothes with my brother and went for checking on my own with my Gambian passport", Cherno told the court. He said thereafter, he met Sarjo Sonko and his brother outside the Airport terminal where he handed the boarding pass and passport to his brother.

According to the prosecution witness, he again changed clothes with his brother and asked Sarjo Sonko to see him off.

Cherno Bah also told the court that he gave Sarjo another D5000, when he told him that his brother was already in the Departure Room.

He said while at the Airport waiting, Sarjo informed him that his brother had already boarded the flight.

"About five minutes before departure, they saw the Airport staff going into the aircraft and a minute later, my brother was brought down from the flight. I then asked Sarjo to go and see what was going", he stated, adding that after a while Sarjo never turned up and went to inform the staff that he was responsible for everything.

He further stated that it was from there that they were all arrested and taken to the Airport Police Station where they were cautioned and their voluntary statements obtained by the police.

Under cross examination by Lawyer Gomez, the witness told the court that Sarjo never demanded any money from him, but he instead gave him D10, 000 as a token of gratitude. He said that apart from Sarjo, he never discussed the issue with anyone.

Also, under cross examination by Lawyer Jobarteh, the witness told the court that he did not know any of the accused persons until when they were put together in custody.

The eighteen accused persons, according to the charge sheet, on or about the 3rd July 2009, at the within the jurisdiction of the court, allegedly forged an international passport in order to dishonestly enable one Ebrima Bah, to travel to the , and thereby committed an offence.

According to the charge sheet, the accused being public officers employed in the public services of the Gambia, charged with the duties of screening passengers traveling at the Airport, allegedly conspired among themselves and others still at large, to corruptly receive a bribery of ten thousand and five hundred Dalasi (D10, 500) from one Cherno Bah in order to enable his brother Ebrima Bah dishonestly use a forged passport to travel to U.S.A, and thereby committed an offence.

The case was adjourned to17th August for continuation. 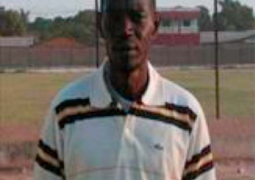