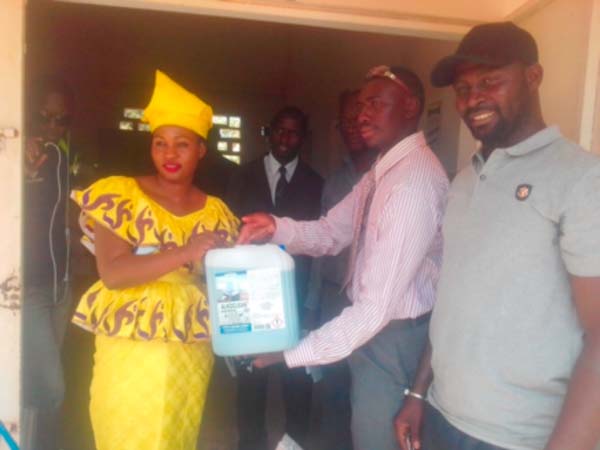 Star GSM has been known for supporting the health sector as well as the security unit, all geared towards national development.

Speaking at the presentation ceremony, the managing director of Star GSM,Lamin Kabba,said the aim and objective of the initiative was to support the hospitals.

“I am working with a company based in Germany which deals in cleansing materials,” he said, adding that he was proposing to establish a center for training people on cleansing,especially men.

According to him, they also want to contribute their quota to the socio-economic development of the country, through supporting hospitals as the government could not do it all.

He urged companies, institutions, private sectors and stakeholders to support the hospitals,describing the hospital as a social home.

Sankung K.T. Jaiteh, health Information Officer at the Serekunda General Hospital,hailed the CEO of Star GSM for his goodwill gesture.

While expressing delight to the donor, he also urged all and sundry to support the hospitals as the government could not do it all.

For her part, Fatoumatta Kaleh, who deputise for the CEO YK Hygienic Germany, said this was a longtime initiative, noting that the liquid would help in cleaning the offices and other piece of items.

She also said the buckets would help the hospitals in making their work very easy.