The Gambia National Library Service Authority (GNLA) on Thursday held a meeting at its headquarters in Banjul, together with all library and information professionals with the main of reviving the Gambia Library and Information Service Association (GAMLISA).

The aim of the reviving the association was to carve the way forward in making (GAMLISA) an active association of libraries and information managers, who would represent their interest both national and international.

Speaking at the meeting, Mrs Jonhson, managing director of the National Library, said the (GAMLISA), was formed in 1987 but after some years, the association was not functioning.

Mrs Johnson further said the National Library should have an association that could assist and welcome other associations who are willing to help, such as the International Federation of Library Association (IFLA), which is a global body as well as the African Library Information Association Institution (AFLI).

This association wants to help but unless there is a Library association, she said. 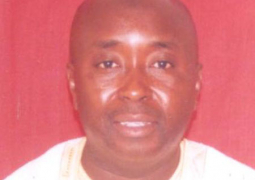