Relevant stakeholders recently concluded a two-day workshop on the regulation guidelines for the establishment, registration and accreditation of tertiary and higher education institutions.

The workshop, organised by the Ministry of Higher Education, Research, Science and Technology, was held at the Paradise Suites Hotel.

Delivering his statement on behalf of the Minister of Higher Education, Research, Science and Technology, Jerreh Sanyang, DPS, said such a workshop was very important.

DPS Sanyang added that several working sessions have also been held since then on the framework.

“It is expected that this Validation Workshop will thoroughly scrutinize the Draft Legal Document, of course without compromising the salient issues relating to quality,” he said.

He said the main purpose of the creation of AQAA is to have a body that accredits institutions for both no-degree and degree programmes under one roof.

The NTA, as mandated by its Act, focuses only on non-degree programmes, he said, noting that there is need to have a framework that caters for degree awarding institutions.

The enactment of the AQAA Act and the establishment of AQAA will complement the ongoing activities at the level of the ministry, aimed at addressing the challenges the sector is facing, such as the increasing demand for the establishment of tertiary and higher education institutions and the accompanying challenges of quality assurance in all aspects of their operations.

It is expected that when AQAA is established, it will eventually not only collaborate with other quality assurance bodies outside The Gambia, particularly at sub-regional level, but will also compete with them in terms of quality and standards. 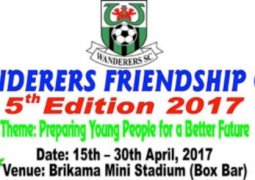