Fajara Barracks Handball team was recently furnished with sets of handballs and jerseys by Concern for Gambia Children, a charitable organization, as part of its contribution to the development of sport in the country.

The Danish-based charity organization, which provides aid to children and institutions in the country, last Tuesday donated the materials to the barrack’s handball team to help in equipping them with up-to-date sport materials.

Pa Omar Bojang, coordinator of Concern for Gambian Children, in addressing the beneficiaries at a brief presentation ceremony at Fajara Barracks, underscored the importance his organization attaches to sport.

The charity’s activities are geared towards contributing to national development,” he said.

Lt Col Sanyang, at Fajara Barracks, praised the organization for the gesture.

“As we speak now, we are in need of jerseys, and the coming of these materials will bridge this gap,” he said.

The founder of Concern for Gambian Children, Madam Harsen, also spoke briefly at the presentation ceremony and resolved her commitment to do more in areas of concern to the people.

The donation was facilitated by the Youth Alliance for Development.

Concern for Gambian Children is said to be a brainchild of the Danish handicap, Kirsten Ranhoff Hansen, who dedicates her life to working for Gambian children in .

Promises were also made by the organisation to help the following a request by the officer commanding the camp, Lt Col Sanyang.

Meanwhile, the charity also made a similar donation of pens, schools, bags and uniforms to the in addition to office furniture, sewing machine, office stamp, digital camera, as well as a video camera. 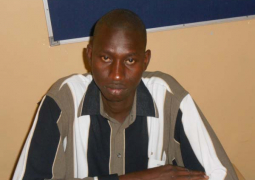 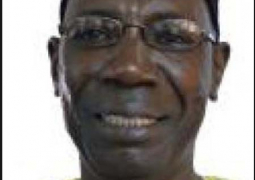