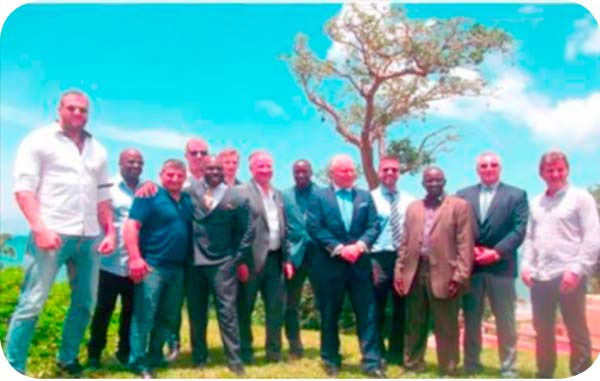 The Gambia Football Federation has announced in a media release that on 22 September 2015 it received at its Secretariat a group of investors from Europe who arrived in The Gambia last Monday for a brief visit.

In introducing the delegation, Mr Ba S. Jabbie said the team paid a courtesy call on the GFF president and executive members to familiarize themselves on a friendly note and look at possible ways of networking for the mutual interest of the two parties.

‘GFF is the sole body responsible for all football matters in the country, hence the visitors have a big stake in football; it is prudent to bring them to the house of football,” Mr Jabbie said.

GFF President Lamin Kabba Bajo welcomed the investors to the The Gambia and applauded their foresight to visit the GFF Secretariat.

The GFF President said his Federation is more than willing to partner and collaborate with any entity for football development.

“GFF wants to engage the stakeholders in public private partnership for the benefits of football fraternity,” he added.

He also said any development initiative geared towards football growth is encapsulated in their strategic football development programme.

Mamadi Ceesay of NORGA who is also GFF Football Ambassador, hailed the leadership of the GFF for engaging all stakeholders in football development.

The group also has a strong sporting link with the Brufut community where they have mobilised resources to build a stadium with an artificial turf.