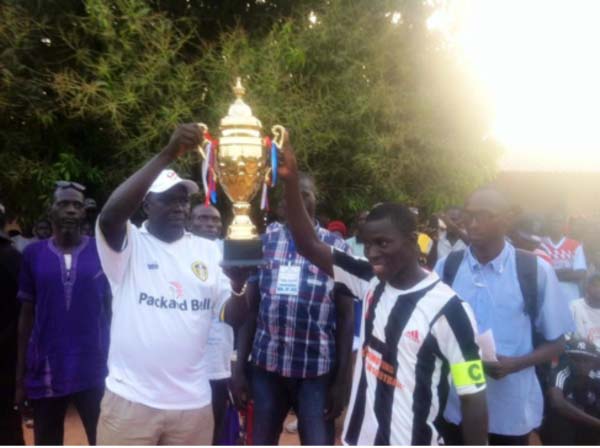 Soma Sitaba Football club have won the championship of the Jarra West Nawetaan of 2015/2016 after defeating Soma Tabokoto 2 - 1 on Saturday at the Jarra Soma Lower Basic School football field.

Officials of the club say they would dedicate the trophy to late Lamin Manneh who was captain of the team.

Lamin Barr Jarjusey put the Sitaba boys ahead in the 19th minute of the first half with a powerful shot to give his side a deserving lead and shortly after which, Tabokoto’s Lamin Sanneh twice threatened the Sitaba side with two dangerous shots which all flew little over the bar.

After the break, Bully Trawally levelled the score-line from a wonderful buildup from Tabokoto’ Malick Mendy and Lamin Sanneh.

Eight minutes from normal time, Kebba Kinteh, assisted by Lamin Barr Jarjusey, awarded his side victory with a fine finisher.

The final was graced by many high-profile dignitaries including the Governor of the region and Chief of Jarra West among others.

It would be recalled that the Jarra West Nawetaan started again in September 2015 with 19 teams from the Jarra West district to promote peace and unity among the youth of the Region. 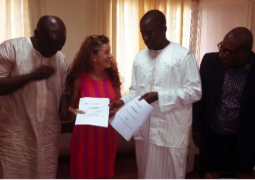 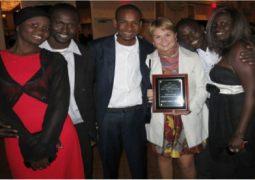