Solar Project-Tiloo at the weekend certified its partnering schools at the end of a five-day training on use of solar cooker.

The ceremony, held at the project’s office in Kanifing, was attended by school teachers and students from the participating schools.

As part of the event, witnessed by the exhibition of solar cookers, six participating schools handed over proceeds from their individual school projects to the school of their choice.

Speaking on the occasion, Muhammed Jarra, the project manager, said Project Tiloo was initiated by Elena Steger Kassama and her Gambian husband Amadou Kassama in 2006.

The project seeks to promote environmentally friendly generation of energy thus reducing demand on fuel and fire -wood, which protects the forest.

He revealed that the project is now working with twelve schools across the country mainly upper basic and senior secondary schools.

In all the participating schools, he said, five students were trained for five days on skills of using solar cooker for cooking and baking.

“At the end of the training, each school was given a start-up capital including a solar cooker to use in their schools within a year and the income generated would be given to a school of their choice within the region,” he said.

The occasion was punctuated with a drama play by students of in Lamin. 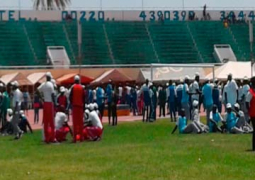 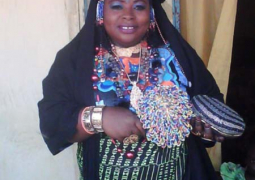