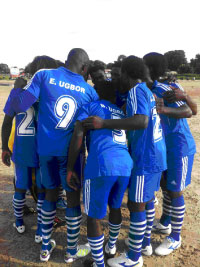 Sky Power on Sunday beat Daru Youths 3-1 in the opening game of the 2012 Brikama Female Nawettan league organized by Brikama Youth and Sports Committee at the Brikama Mini Stadium.

The tournament is meant to promote female football in Brikama and surroundings, and the opening game attracted spectators from Brikama and environs.

Both sides made an astonishing start to the game, and created a series of goal-scoring opportunities in front of each other’s goal mouth.

However, it was Sky Power who utilized their limited goal-scoring opportunities when Gambia U-17 striker Awa Demba netted the opener in the 8th minute of the game, after slashing through Daru Youth’s defence line to give her side the lead.

Isatou Jallow rejuvenate Sky Power’s lead in the 40th minute of the game after capitalizing on a Daru Youth defensive slip to fire home the second goal, which dashed Daru Youths’ hopes of coming back to their feet.

Daru Youths fought back, and pull back one through Jabou Jobarteh in 50th minute of the game from a superb strike, which eventually proved to be a consolation goal for Daru Youths.

Ajaratou Darboe’s dying minutes own goal made it 3-1 for Sky Power and also bagged their first victory in the tournament at the expense of Daru Youths.

The kick off was taken by Pa Suwareh Faye, the Director at the Ministry Youth and Sports.

Meanwhile, Strikers FC have maintained their hundred per cent record in the Serrekunda Central Nawettan after a 2-0 win over Royal Bulls FC at the Central Football Field at the weekend. 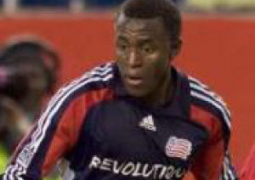