Coach Njie, whose team put up a very good performance in the just concluded third division qualifiers of GFA made this statement recently in an inclusive interview with Pointsports at team's training ground at the Serrekunda Primary School Football Field.

He stated that his team is ready and fit for the 2008-09 GFA second division league which starts next month and said his players are always punctual at training sessions.  He appealed to them keep up the challenge.

He further stated that his team will maintain their composure and formidable form in the second division league and the have lot of raw talent that can contend with any team this season.

According to Coach Njie, his team usually trains very hard, having in mind that their main objective is to win their matches on the pitch. 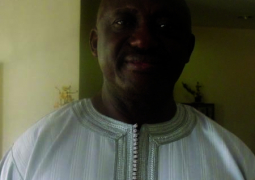 CAF Rep arrives in Banjul ahead of WAFU General Assembly