The Gambia National Football Veteran Association of The Gambia recently returned to after participating in the just ended International veteran friendly football tournament in .

The four-day triangular football tournament brought together veteran teams from , The Gambia and the host whose aim is to strengthen bilateral relationships among the participating teams.

The tournament which came to a successful conclusion in since 29th July, according to the President of the National Football Veteran Society of The Gambia, Alagie Amadou Touray, who doubles as the President of the Union of Zone11 Veterans saw Thies of Senegal beat the host to claim the title.

The Gambian side who were without the services of four key members of the team has done extremely well, but their efforts only earned them a third place finished. As a result, they were awarded a trophy for participation in the tournament which was handed over to them by The Gambia's deputy Ambassador to Sheikh Omar Faye.

This, according to Touray, was followed by a dinner hosted by the Gambian deputy Ambassador to , Sheikh Omar Faye in recognition of The Gambia's participation in the friendly tournament.

Touray who was overwhelmed with what he saw during the tournament used the opportunity to thank all those who have contributed in one way or the other to the success of the tournament, including Trust Bank LTD, NAWEC, Gamcel, Banjul Breweries Limited, the GFA for providing them transport, among other supporters, for what he described as timely intervention. 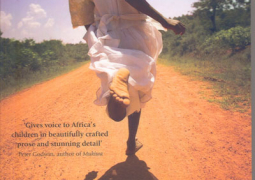