Musa Sise, the acting president of the Sports Journalists’ Association of The Gambia (SJAG) early Sunday morning left Banjul for Paris, France, where he will be attending the 78th Congress of the Association International Press Sportive (AIPS) to be held from 2nd to 4th March 2015.

Sise who is a seasoned sports journalist is set to make best use of the trip by creating networks and partnerships between SJAG and other sister sports journalists associations around the world, thus the necessity to ensure that this young association is also represented in such international conferences.

The 78th AIPS Congress in Paris will represent a milestone in AIPS history, as the association continues to celebrate its 90 years, given that it was first established precisely in Paris in 1924.

This important detail gives the congress special meaning as AIPS honours the association and its members. The official congress opening will be held on the evening of March 2 at the Louvre Museum, where delegates and esteemed guests from over 100 countries will enjoy a celebration of sport through the performance of renowned dance company Kataklo.

The Louvre opening will also include a special announcement by Abu Dhabi Media, as AIPS looks at the present sports journalism and continues to invest in its future.

The congress in Paris will also include an AIPS Young Reporters Programme, which has become a core part of the association. Six young journalists from Europe and Africa will cover the congress, alongside some of the most successful and experienced sports journalists from around the globe.

The Congress commences work on March 3 at the French Olympic Committee headquarters, where delegates and guests will be able to participate in presentations by AIPS partners, all of which will be of high interest to sports media.

The first set of presentations include those by head of press operations of Rio 2016 and the head of IOC Media Operations, along with those from FIFA, UEFA and United World Wrestling. Congress delegates and guests will also have the opportunity to hear from Special Olympics, the Association of African Olympic Committees (ANOCA), the International Sambo Federation (FIAS), and the International University Sports Federation (FISU).

An integral portion of the 78th AIPS Congress in Paris will be dedicated to the fight for transparency in sport. As sport is a crucial marker of culture around the world and a livelihood for many, journalists have a responsibility to defend sports from match fixing and the many other forms of result manipulation.

During the afternoon session of March 3, at the French Olympic Committee Headquarters, delegates and guests from over 100 nations will take part in the AIPS forum on Securing Sport. The forum will include presentations from long-standing AIPS partner The World Lottery Association including talks by CEO of La Marocaine des Jeux et des Sports, Secretary of GLMS (Global Lottery Monitoring System) and member of the WLA Executive Committee, Younès El Mechrafi.

The International Centre for Sport Security (ICSS) will be represented by Chief of Cabinet President Office Massimiliano Montanari, as AIPS looks to strengthen its ties in the fight for clean sport and invest in its sustainability in the future.

AIPS president Gianni Merlo has spoken out against the dangers of corruption, match-fixing and illegal betting on numerous accounts, regarding them as “cancers that are eating into sports”. Ahead of the Securing sport forum at the 78th AIPS Congress Mr. Merlo has said:

“Match fixing and illegal betting are indeed a cancer affecting sport. In many cases sport is in the hands of criminal organizations who only see it as a means to an end - a dirty profit. We must engage in the fight against these cancers because corruption is also a danger to the future of our profession. As journalists we must give a clear, united and important signal to the outside world. I believe that together we are able to not only defend but also to revive our world.”

All of the presentations will be covered through written text, video reports and photos by AIPS Young Reporters and staff and will be specially available on a live digital version of the AIPS Magazine, AIPS website and via social media channels. 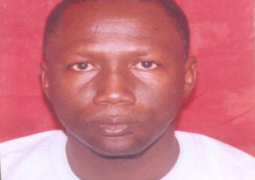