An assault case involving one Kemo Saho of has at last come to an end.

Kemo Saho had been standing trial at a magistrate court in Brikama since 2006 for allegedly assaulting one Samba Bah, a one time Imam in Farato, causing him grievous bodily harm by wounding him with an object, a charge he denied.

In trying to prove their case, the prosecution had called four witnesses, all of whom testified against Mr. Saho.

Kemo Saho, who had just completed serving a two-year jail term for an identical felony on the same Samba Bah, was last Wednesday sentenced to one year in prison without an option of a fine by Magistrate Kayode.

According to the particulars of offence, Kemo Saho on 24th July 2006, unlawfully and wilfully assaulted Samba Bah, causing him grievous bodily harm. 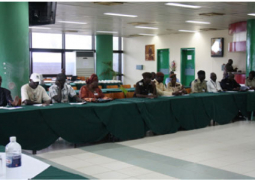