Halifa Sallah, Secretary General of the opposition Peoples Democratic Organisation for and Socialism (PDOIS), has said that the office of president or vice president is not of value to him, stressing that these positions are positions of service and not positions of privilege.

Halifa Sallah, who lost to incumbent President Yahya Jammeh in the 2006 presidential election after securing only 5.98% of the total votes cast, said though nobody is asking him not to seek the mandate of President or Vice President, he will not be seeking such office because he has grown up in Gambian society to be the conscience of a nation.

Sallah, who was speaking Saturday during the signing ceremony of a Memorandum of Understanding between four political parties, recalled that when he was struggling during the witchcraft scenario, many people said he was doing it to build his political statue for the 2011 elections.

“Now, by not seeking the office, I believe those people will know that the office of President or Vice President is not of value to Halifa Sallah,” he declared.

According to him, not seeking the office of President or Vice President, in next month’s poll, is the best thing he can do under the present circumstances to put integrity in the process and ensure that they win victory to salvage Gambians.

“I have earned respect in this country, and I will utilize that respect to ensure that this coming election will be violent free, detention free, arrest free and people will be able to go out and carry out their campaign without any fear of repression,” Sallah told a cheering crowd at the Atlantic hotel.

He stated that what they aim to do is to change the power that exists today, which he said is centralized, to a power that will devolve authority to the Gambian people forever.

“When the United Front takes over, we will not allow any leader to dominate Gambians, seize their freedom or force them to live in poverty and degradation from the cradle to the grave,” he said, adding that this what they commit themselves to.

For him, the MOU establishing the United Front has nothing that deprives anyone of them the right to seek political office.

“Come 3rd November, anyone of us has the right to seek the position of President or Vice President, and we will do so in the spirit of fairness and competition,” he added. 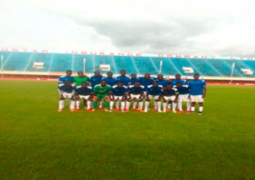