Sheikh Zayed Regional Eye care in collaboration with One Sight Foundation in the United State of America and Gambia National Eye Care of the Ministry of Health over the weekend conveyed a press conference on the new project.

The press briefing held at the Sheikh Zayed Regional Eye Care conference hall in Kanifing was to inform the public on the accessibility, affordability and sustainability of glasses to the masses of the Gambian population through the support of One Sight Foundation based in the United States of America.

Speaking at the briefing, Mustapha Njie said the purpose of the press conference was to brief the media on a very important project that started in Sheikh Zayed hospital in Kanifing.

He noted that Zayed is an eye clinic which is based in Kanifing and it had a new project in partnership with One Sight Foundation, a new NGO in the country helping the people of the world to have a better vision.

Amadou Bah, the administrator of Zayed Regional Eye Care Centre, explained that Zayed is a hospital that had been operating in the past ten years and it was the only eye hospital in The Gambia.

He said they are privileged enough to be supported by a team such as One Sight from the US, adding that the country had to set an example to show the world that everybody whether rich or poor could have access to see better to make a very useful life.

Regarding Zayed Regional Clinic hospital, which has a clinic and an emergency outlet for 24 hours, Mr Bah said the clinic received all referral cases from as far as Basse, Fatoto in URR and even the sub-region.

“Recently we were blessed enough to be supported by One Sight, a team from the United States and their main aim is to make sure that Gambians now and in the future have access to eye glasses at an affordable price of as low as D250,” he said.

These glasses are available for kids, adults and elders, he said, adding that they have vision in Farafenni and Bansang and hopefully by November they would extend to Brikama to make it accessible.

He thanked the Ministry of Health and Social Welfare for their continued support, as well as commended One Sight Foundation for their intervention in ensuring glasses are at the doorstep of every Gambian at affordable cost. 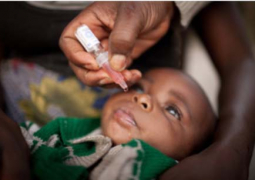