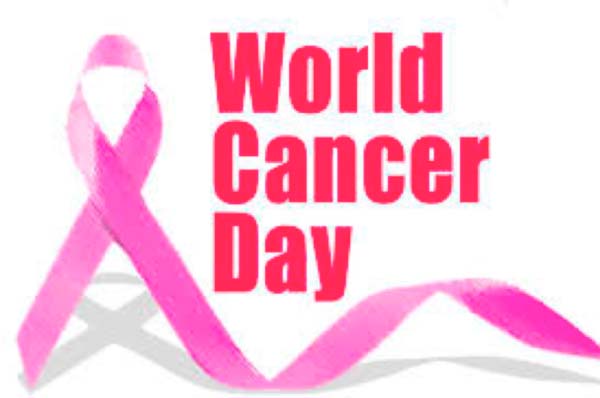 Cancer is, no doubt, the world’s biggest killer. Thus the world prepares for yet another World Cancer Day 2016 (WCD), which will be observed on 4 February 2016 under the theme: “We Can, I Can”.

Cancer, in general, can affect everybody, but we are saying women can also join the bandwagon in the fight against cancer.

Everybody has their own share of cancer and Gambian women do too, so women in The Gambia can increase awareness to prevent cancer. Women can challenge myths relating to cancer.

Women can influence policy change and take actions. Women can frown at smokers, including their husbands. Women can fight for a ban on tobacco.

According to the UN, each year on 4 February, WHO and the International Agency for Research on Cancer (IARC) supports the Union for International Cancer Control (UICC) to promote ways to ease the global burden of cancer.

Cancer is the uncontrolled growth and spread of cells. It can affect almost any part of the body. The growths often invade surrounding tissue and can metastasize to distant sites.

Many cancers can be prevented by avoiding exposure to common risk factors, such as tobacco smoke. In addition, a significant proportion of cancers can be cured, by surgery, radiotherapy or chemotherapy, especially if they are detected early.

Cancer is a leading cause of death worldwide, accounting for 8.2 million deaths in 2012.

Lung, stomach, liver, colon and breast cancer cause the most cancer deaths each year.

The most frequent types of cancer differ between men and women.

About 30 per cent of cancer deaths are due to the five leading behavioral and dietary risks: high body mass index, low fruit and vegetable intake, lack of physical activity, tobacco use, and alcohol use.

Cancer causing viral infections such as HBV/HCV and HPV are responsible for up to 20 per cent of cancer deaths in low-and middle-income countries.

About 70 per cent of all cancer deaths in 2008 occurred in low and middle-income countries.

Deaths from cancer worldwide are projected to continue rising, with an estimated 13.1 million deaths in 2030.

We know that it is not the intention of every woman to mourn the man he married. We have seen that in most of the households in The Gambia when you asked for the man, the answer will be “he is dead”.

Do we ask ourselves why? Do we need to blame women for being household heads due to the deaths of their husbands? A good number of Gambian men smoke, and no matter how high the price of cigarette increases each year, the smokers will never utter the word: “I quit”.

A man in love with her woman should be able to answer to her needs, and if a woman wants her man to quit smoking, she can achieve it.

A woman should stop seeing smoking as a normal habit in her man’s life; rather she should see it as a life-threatening habit that could kill her man and turn her into a widow.

Types of Cancers that Affect Women:

Breast Cancer Risks: Risk factors for breast cancer, the most common cancer among women, include: Age: Two of three women with invasive breast cancer are 55 or older.

Family history: Your risk is doubled if your mother, sister, or daughter has had it.

Previous radiation treatment to the chest; a greater than average number of menstrual periods (starting before age 12 reaching menopause after age 55), no pregnancies, and or having your first pregnancy after the age of 30 taking birth control pills: The level of risk goes back to normal 10 years after stopping the pill; past treatment with the drug diethylstilbestrol (DES), once used to prevent miscarriage

Post-menopausal hormone therapy: Avoiding this treatment decreases your risk of breast cancer, not breastfeeding, being overweight and having a high-fat diet and lack of exercise.

Drinking heavily: University of Oxford researchers who studied 1.3 million women over a seven-year period found that moderate drinking, as few as one to three drinks per week, puts you at higher risk for breast cancer.

A look at the percentages of deaths among people diagnosed with this form of cancer shows just how deadly lung cancer is, at close to the reverse of breast cancer statistics.

Most striking is our ability to lower those numbers: 80 percent of all lung cancers in women (and 90 percent in men) might be avoided if people didn’t smoke; smokers are 10 to 20 times more likely to get lung cancer than non-smokers.

Besides following an exercise plan and a healthy diet, limiting your alcohol intake can also help keep lung cancer at bay.

More than 90 percent of colon cancers occur in those 50 and older. Risk factors include: A personal or family history of colorectal cancer, polyps, or inflammatory bowel disease, inactivity, smoking, heavy drinking, low-fiber, high-fat diet that includes lots of processed meat and few fruits and vegetables

Early detection is a lifesaver, especially when it comes to colon and rectum cancers. It usually takes 10 to 15 years for abnormal cells to grow in the colon, which means if you have regular colonoscopy screenings to look for polyps and remove them before they become abnormal, you can stay on top of this deadly disease.

Hormonal changes, particularly related to estrogen, play a significant role in your risk for uterine cancer, also known as endometrial cancer. Risk factors include: A greater than average number of menstrual periods, no pregnancies, taking estrogen therapy, obesity and having a high-fat diet, past or present use of tamoxifen for breast cancer, some kinds of ovarian tumours.

Age, diabetes, a family history of colon cancer, a personal history of breast or ovarian cancer, some cases of endometrial hyperplasia, a thickening of the uterine lining, using birth control pills over a period of time, but ultimately having multiple pregnancies, can help decrease your risk.

With all this risk factors, as a woman you can just take few minutes of the precious time you have to get to the nearest health facility for cancer screening to know your status. It is preventable and you can, I can and we can prevent our loved ones from dying.

It is, indeed, time for us to act as a nation to break these messages into our local languages, and engage in a massive and aggressive campaign against Cancer

Thus we can, I can and everyone, young or old, male or female can prevent cancer! 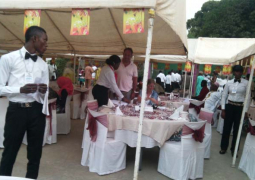