The UN Resident Coordinator in The Gambia, Ade Mamonyane Lekoetje, has said that women still remain poorly served and the most deprived, when it comes to access to energy.

She was speaking during the launching of the women’s development centre by ‘Mbolo Association’,held at the Fandema headquarters at Tujereng on Tuesday.

The launching was attanded by the Mayor of Barcelona, Joseph Maria Fisai Bosch, Laura Mayoral Charge D’Affaires at the Spanish Embassy in Banjul, Ferran Puig, City Mayor from Torrelles de Llobregat in Spain, the UN Resident Coordinator to The Gambia and UNDP Representative, PS MOYS, members of the association, and the founder, Malang Sambou Manneh and his wife, Silvia Llopart.

The UN resident coordinator said mainstreaming gender in the energy sector still remains a pressing issue in today’s world, adding that access to energy services has a strong gender dimensión.

“Our interventions to improve energy access must, therefore, take into consideration gender roles, differences and preferences, which in many ways are driven by socio-cultural norms.”

It was important, she added, for women to be active participants in the design process of programmes and projects that aim to improve their lives, recognising that the energy sector is a job provider and avenue for economic empowerment and poverty alleviation.

Involving women in these programmes provides opportunities for employment, and enhances their ability to créate Jobs for their communities, she continued.

She applauded the centre for bringing together vulnerable women in the West Coast Region, to enhance their livelihoods by strengthening their productive capacities through the acquisition of entrepreneurship skills and access to renewable energy, as really a great initiative.

“As you are aware, goal 7 of the SDGs calls for ensuring access to reliable, sustainable and modern energy for all.”

Also speaking, Laura Mayoral, the Chargée d’Affaires, said as a representative of Spain in The Gambia she would like to celebrate with them the official launching of Mbolo Association, and congratulate the non-profit organisation based in The Gambia for its great work focusing on reducing poverty of the people while educating them on protecting the environment.

Spanish cooperation, through the Spanish Agency for International Co-operation for Development (AECID), is committed to human development, the reduction of poverty and the full exercise of human rights.

This necessarily includes a commitment to the elimination of gender-based violence as one of the main obstacles to their achievement, she further stated.

The effort to promote gender equality and the rights of women is one of the main hallmarks of the Spanish cooperation.

“The Spanish Agency for International Co-operation for Development (AECID), in accordance with its plan of gender in development, has been supporting over the years various actions to prevent and promote the comprehensive care of women and girls who are victims of gender-based violence, in coordination with international organisations, institutions and mechanisms of equality of partners, as well as with women’s organisations and civil society in general.”

In the multilateral field, she said, the commitment of Spain to the eradication of gender-based violence has been highlighted, in its important contribution to the Trust Fund of the United Nations for the eradication of violence of 20 million euros, in the period 2006-2010.

This is one of the main global mechanisms for granting funds exclusively dedicated to addressing violence against women and girls in all its forms, she added.

She added that another initiative that had the support of Spanish cooperation, through UN Women, is the virtual knowledge centre to end violence against women and girls, a unique global knowledge initiative that helps to design programmes against gender violence by providing resources about health, work with the police or monitoring and evaluation, among others.

She said as to Female Genital Mutilation, the government of Spain commends the government of the Islamic Republic of the Gambia for banning the practice of FGM in the country by the Women’s Act Amendment in 2015, an example to other countries in Africa.

In this regard, the Spanish Agency for Cooperation has supported various initiatives through the United Nations Population Fund, NEPAD and it has also designed projects and agreements with NGOs, such as Wassu Kafo in The Gambia, she stated.

“I would like to say that Spaniards are among the EU’s biggest supporters of development aid, with 93%,to help people in poorer nations, according to a Eurobarometer survey published this week.”

Solet us continue supporting the excellent work of the Spanish NGOs and civil society in The Gambia, she added.

Momodou Ceesay PS for MOYS, said Fandema is a project promoted by Associació Solidança (Spain) and developed by Mbolo Association (The Gambia).

He said the project has the aim to empower the role and life of women in the area by improving basic education, occupational and entrepreneurship training and creation of employment.

The work developed by the women who participated in the project helps to maintain economically the training structure.

He added that Fandema improves the living standard of the whole community, as it creates value, promotes educational development and improves the role of women in society.

He thanked them for complementing the government’s efforts. 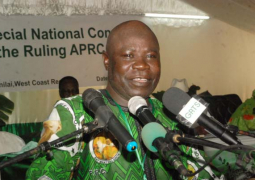 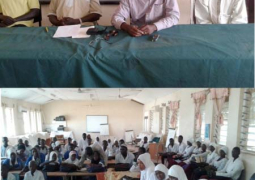 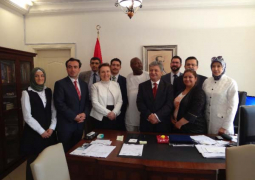 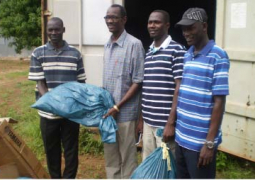