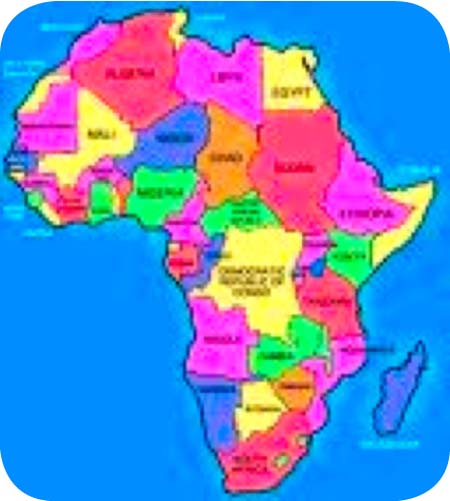 Did you know that there is a Declaration put together by the African Union on Gender Equality and Women’s Empowerment called the “African Women’s Decade 2010-2020”?

Well, it has been in existence for four years now and it is all geared towards improving the lives of African women.

Energizing the African women’s movement, and mentoring young women leaders and professionals, both in Africa and the Diaspora to be champions on gender equality and women’s empowerment; implement the AU parity principle in line with the AU gender policy, and ensure targets for equal opportunities for women in decision-making positions, in the political, legislative, Judiciary and Executive are achieved.

Moving Africa from Commitments to Action

The African Women’s Decade was launched in Nairobi, Kenya, in October 2010.

The Decade is an opportunity to integrate and strengthen linkages in the work on women’s human rights, integrate women’s social, political, economic and cultural rights in a single agenda.

It is also an opportunity to show the multiplier effect that achieving all these rights has for women and society at large.

To the greatest extent possible, the goals of the Decade should be linked to the Millennium Development Goals (MDGs) which are the primary yardstick for progress in Africa.

The ideology behind this is not that women are being left behind by development, but that development on the continent is slowed by the exclusion of women.

As the continent experiences a wave of increased fundamentalism, the Decade can also be used as a critical space to foster dialogue on progressive views on culture, traditions and religion, as a catalyst for accelerated realization of women’s rights.

The decade additionally provides an excellent platform for the women’s movement to work together and reach out to other constituencies, to tell our stories, celebrate victories and achievements, and project our own images of African women and girls to Africa and the world.

1. Fighting Poverty and Promoting Economic Empowerment for Women and Entrepreneurship

Attain decent work for women and equal opportunity in employment, promotion, and movement towards parity at the work place.

Link women to markets through value addition of their products including the agro-based supply chain, creating new markets for their produce including organic foodstuff.

Address HIV&AIDS-inappropriate burden on women and girls as infections spread and increase their workload, as well as unequal access to ARV’s, good nutrition and formal medical services.

Achieving parity in education at secondary and tertiary levels and to achieve higher retention rates for girls.

Identify women’s role in mitigating climate change, as custodians of the environment, making sure they benefit from the new global packages to fight climate change.

6. Peace and Security and Violence against Women

Jointly with Political Affairs, Women, Gender and Development Directorate will support women’s participation in political and electoral processes in countries undergoing elections during the Decade, as well as in the implementation of gender issues in Africa Peer Review Mechanisms (APRM) and national action plans.

Increase women’s access to financial resources from Government budgets through gender budgeting, financial markets targeting economic stimulus packages and specialized funds from development partners to support women projects aimed at empowering women economically, and to mobilize resources through FAWO, as well as mobilizing resources for the implementation of the decade activities in general and priority areas in particular to achieve Decade targets.

Implement the AU parity principle in line with AU gender policy and ensure targets for equal opportunities for women in decision-making positions, in the political (Legislative) Judiciary and Executive are achieved.

To energize the African Women’s Movement and mentoring young women leaders and professionals both in Africa and the Diaspora to be champions of gender equality and women’s empowerment.