The four senior prison officers are being tried on charges of abuse of office, bringing prohibited articles into the prison and communicating with prisoners without permission.

Under cross-examination, PW6, Inspector Junkung Jallow, told the court that a search was conducted in the maximum security wing in January 2011, by the prison authority.

He added that they were about 20 officers that took part in the search, and among the accused persons was ASP Abdoulie Bojang, who among the officers was assigned to conduct the search at the time.

He noted that he discovered the phones together with one Omar Manneh, during the search at the maximum security wing.

It was further put to him that he gave the phones to ASP Abdoulie Bojang to open for him, because he had an injury on his hand at the time.

However, PW6 insisted that ASP Abdoulie Bojang snatched a phone from him, and later returned it to him.

He said ASP Bojang informed him that there was no SIM card in the other phone he took from him.

He added that Nuha Darboe opened the other phone in the presence of other officers, and confirmed that there was no SIM card.

He pointed out that he was an Inspector by rank, adding that during his 22 years of service, he was the gatekeeper, and also worked at the maximum security wing at the prison as officer commanding.

The witness also said he was responsible for the in and out of prisoners being kept in the maximum security wing.

He added that a red band prisoner is the prisoner who could go out without escort, noting that this privilege has been given to them by the prison authorities.

He added that the search followed information received that there were some remand prisoners who had mobile phones in their cell.
The case was subsequently adjourned till 30 January2012. 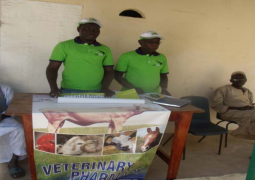 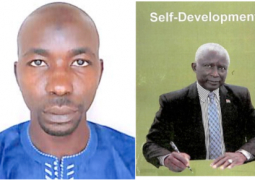 Depreciation of the Dalasi