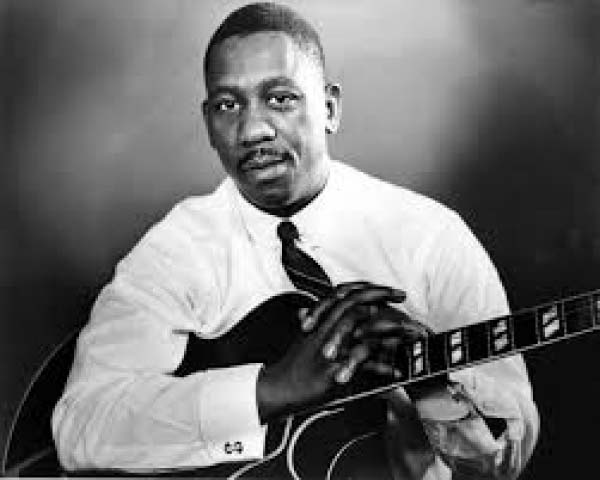 Jazz appreciation is an ongoing process and in-order to appreciate jazz, there is a need for some understanding of the music and a little knowledge of those who made it famous. We have covered many areas of jazz thus far, and have featured several jazz personalities in an effort to bring about an understanding of this beautiful music.

However, the best and most effective way to appreciate jazz is to listen to the music and attend live jazz concerts. Unfortunately, in the Gambia there are no known jazz musicians, and the few who can play jazz, are not as inclined, because jazz is not commercial enough to pay the bills. Back in 2009, some friends and I tried to correct this situation with the introduction of the Senegambia Jazz Society.

We were encouraged by my brother and friend Mr. Sharif Samsu Sallah of GamTV who provided musical instruments and space for a jazz quartet to practice. The project lasted a few months before it was suspended due to the same reasons cited above.

Guitarists have been making major contributions to jazz since the 1920’s when a guy called Eddie Lang first started adding his brand of six strings sophistication to performances by local bands. However, the history of jazz guitar has remained largely undocumented. The term jazz guitar may refer to either a type of guitar or to the variety of guitar playing styles used in various genres commonly termed ‘Jazz’.

The jazz type guitar was born as a result of using electric amplification to increase the volume of the conventional acoustic guitar. Although the earliest guitars used in jazz were acoustic, and acoustic guitars are still sometimes used in jazz, most jazz guitarists since the 1940’s have performed on an electronically amplified guitar or an electric guitar itself. Conceived in the 1930’s, the electric guitar became a necessity as jazz musicians sought to amplify their sound. One of the major jazz guitarist that emerged after seminal figures such as Django Reinhart and Charlie Christian, was a guy called Wes Montgomery.

Among those that he influenced, are Kenny Burrell, George Benson, Pat Matheny and Jimi Hendrix. By 1948, Wes has progressed significantly and was hired by Lionel Hampton. He toured with Hampton’s big band for the next two

years, performing and recording, with most of his studio recordings limited to rhythm playing and every now and then playing some solo.

In 1950, Wes left Hampton’s band and returned to Indiana where he played with local bands before forming his own band called the Wes Montgomery Trio. Between 1959 and 1963, he made some important recordings; among them: The Incredible Jazz Guitar of Wes Montgomery, the Wes Montgomery Trio and Full House. Throughout the 1960’s, Wes recorded prolifically; lending guitar to the same tunes his contemporaries like John Coltrane and Miles Davis were recording. He had a very wide influence on other jazz players and earned a lot of respect from his contemporaries. To many, his playing style defines ‘jazz guitar’ and gives the sound that all beginners try to emulate. A discussion of jazz guitar will not be complete, if it does not touch upon Wes Montgomery.

When he left Lionel Hampton’s band in 1950, it was mainly due to the combined stress of touring and being away from his family. He returned home to support his family of eight, working in a factory from 7am to 3pm, and then performed in local clubs from 9pm to 2am. It was during one of these club sessions when Cannonball Adderly heard him play and was very impressed. The next day, Adderly called record producer Orrin Keepnews who after hearing Montgomery, decided to sign him to a recording contract with Riverside Records. He later recorded with Wes on his Pollwinners album. During this same period, John Coltrane asked Montgomery to join his band after a jam session, but Wes declined , and continued playing with his own band, preferring his status as guitar playing bandleader. His recordings throughout the 60’s up through 1965 received a lot of accolade from jazz purist, but towards the end of his career, he abandoned hard-bop for pop jazz, which gained him a wider audience. During this period, he would occasionally turn out original material alongside jazzy orchestral arrangements of pop songs. This period earned him considerable wealth and created a platform for a new audience to hear his earlier recordings.

Wes stayed with Riverside Records until late 1963 before the company went bankrupt. The recordings he made during this period are widely considered to be Montgomery’s best and most influential. Two sessions in 1960, yielded – ‘The Incredible Guitar of Wes Montgomery’ which was recorded with a quartet featuring pianist Tommy Flanagan, bassist Percy Heath and drummer Albert ‘Tootie’ Heath. This album featured two of Montgomery’s best known compositions: ‘Four on Six’ and ‘West Coast Blues’. Almost all his recordings with

This article is dedicated to Mr. Shariff Samsu Sallah, a true jazz lover and a dynamic human being. 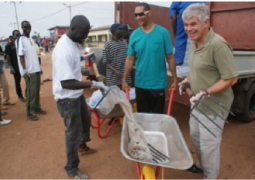