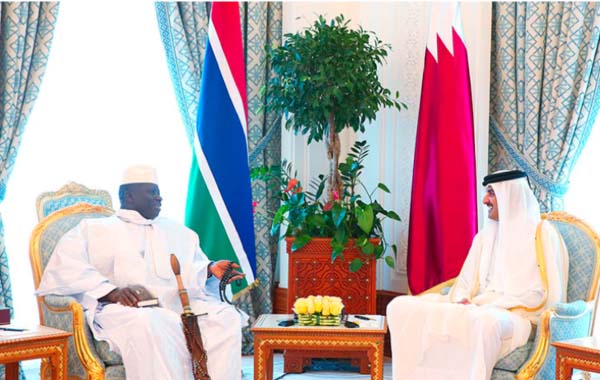 President Yahya Jammeh and the Emir of Qatar have signed two agreements on avoidance of double taxation and prevention of fiscal evasion on income and air services between The Gambia and Qatar.

According to Qatar News Agency (QNA), the signing of the agreements between “the governments of the State of Qatar and the Republic of The Gambia” took place yesterday at the Emiri Diwan after a session of official talks co-chaired by the Emir Sheikh Hamad bin Khalifa Al Thani and President Jammeh.

“The session focused on bilateral relations between the two countries and ways of enhancing them in addition to issues of common concern,” the QNA said.

Furthermore, it stated, the Emir hosted a luncheon banquet in honour of President Jammeh and his accompanying delegation.