Senegal reopened its border with Guinea on Tuesday, over a month after it sealed land crossings with its southern neighbour to try to prevent the spread of the Ebola virus that has killed dozens in Guinea.

The move comes days after Guinea’s President Alpha Conde said the 4-month outbreak - which has spread from Guinea’s remote southeast to the capital, Conakry, and also into neighbouring Liberia - was under control.

“Border crossings with Guinea have been open since 8 a.m. this morning,” Mbaye Sadi Diop, an advisor in Senegal’s interior ministry, told Reuters on Tuesday.

The threat of the virus has put a string of weak national health systems under strain across the region and governments said it posed a threat to national security.

However, Guinea has complained that its neighbours had over-reacted and United Nations health officials have said there was no need for borders to be closed, even though they admitted this was one of the most challenging outbreaks ever faced.

Guinea has revised down its official figures for the death toll from Ebola and now only refers to cases that have been confirmed by laboratory tests.

As of May 2, Guinea’s government said there had been 81 deaths from 127 confirmed cases of Ebola. Previously cases of haemorrhagic fever suspected of being Ebola were included and the death toll in Guinea passed 122.

Between April 17 and May 1, Guinean health authorities recorded another six cases of haemorrhagic fever that were being monitored, the government said.

Liberia has recorded 13 deaths from Ebola but suspected cases in Sierra Leone, Mali and Gambia have tested negative.

Ebola is endemic to a number of countries in Central Africa and scientists believed the outbreak in West Africa was the Zaire strain until research published last month showed that a new strain had emerged in Guinea. Reuters 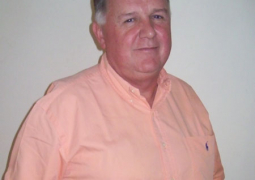