Ambassador Paul Badjie, Executive Secretary of the Senegalo-Gambia permanent secretariat, has said one of their mandates is to ensure real integration between The Gambia and Senegal, in the interest of both states.

Speaking in an exclusive interview with this paper, Badjie said setting up the office was meant to realise real integration between the two countries, based on the long historical ties between the two nations.

According to Ambassador Badjie, Senegalese and The Gambians are one people living in two states, adding that the Senegalo-Gambia permanent secretariat is called a common house.

“We work on a framework agreement signed by the two heads of state and protocol on the functioning and the organisation of the office.”

The vision is for a model of integration, because The Gambia and Senegal are one people who share the same common goals and culture, norms and values.

Badjie also said their work is based on the principle of respect for national sovereignty of the two states. His office would not do anything without the approval of the two heads of state, as the office respects the engagement and commitment to neutrality and equity towards the two countries.

They also work based on the principle of transparency and good governance.

A director in charge of communication, infrastructure and environment is appointed by Senegal and two other directors are appointed by The Gambia. These will be in charge of trade and economic issues; defense and security.

All this is geared towards harmonizing the two countries’ activities, and also to work for fruitful cooperation.

On the bilateral meeting organised by the two customs administrations, he said there are important benefits attached to the bilateral meeting, citing issues like transit and cross-border trade, export and re-exports, and free movement of people and goods between the two countries, as well as the issue of the trans-Gambia bridge.

He commended the Gambia Revenue Authority (GRA) and Senegal Customs Administration for organizing the bilateral meeting, describing the conclave as one of the most successful meetings ever conducted between them.

He encouraged both customs administrations to be making follow-ups on the recommendations, so as to ensure they are respected and implemented to the letter.

Badjie also called for more sensitization programmes at the grassroots on the free movement of people and goods. 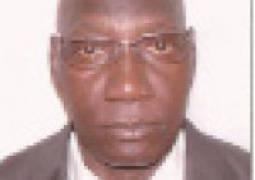 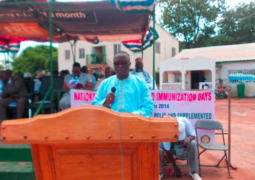